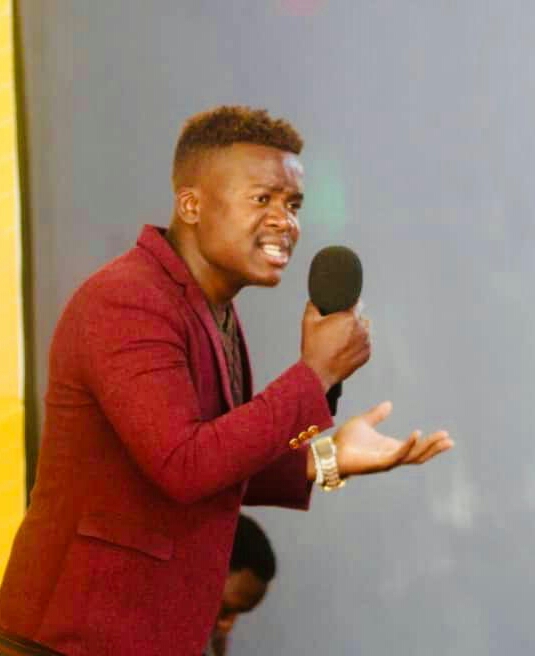 By Sukuoluhle Ndlovu
Masvingo – Popularly known for his poem, ‘Munoinyomberei Masvingo’ Masvingo Poet, Ngonidzashe Paradza released his debut album yesterday (Friday) at Charles Austin Theatre titled Upenyu/Poetry is Life.
The album carries 13 new tracks all about promoting Ubuntu or Hunhu all in the concept of values, love and respect.
Paradza said that the album above all is comic, “The album as from what l witnessed yesterday at the launch, gave the audience time to laugh and forget about the problems they are currently facing. The album will continue to give the audience a piece of mind,” he said.
He described the album as a pill.
“The album promotes social solidarity and encourages young people to work hard and help the government to build our country and not to wait for politicians and government. Principles of Ubuntu have to be preserved values, love and respect.
“It is a pill that will easy all the social-political and economic hardships that Zimbabweans are facing right now. We cannot hide from the challenges we are facing but at least we should try to put smiles on our faces as if everything is okay,” said Paradza.
The poet wants his audiences to be at peace through his album.
“My fans and others this time around should anticipate a new genre of poetry, different from the type of poetry I used to do. The album will be something unheard of, it will be there to quench the desires of the citizens as l know they will enjoy it and will be happy to the extent of forgetting their troubles,’ he said.
Ngoni also this year managed to win two awards as the Outstanding Poet in the province at the Masvingo Music and Arts Awards and he also grabbed the Peoples’ Choice Award at the Masvingo Achievement Awards.
“I am humbled with the awards l have received so far and the album l released, it means a lot to me and the rest of the poetry movement. We are creating space for poetry, something that people looked down upon. So poetry to the fullest as poetry is life,” he said.

Day one of the much hyped Harare Massage Pool Party FLOPS as Ladies OUTNUMBER MEN!