Temba Mliswa Set To Be Roasted At Shoko Festival 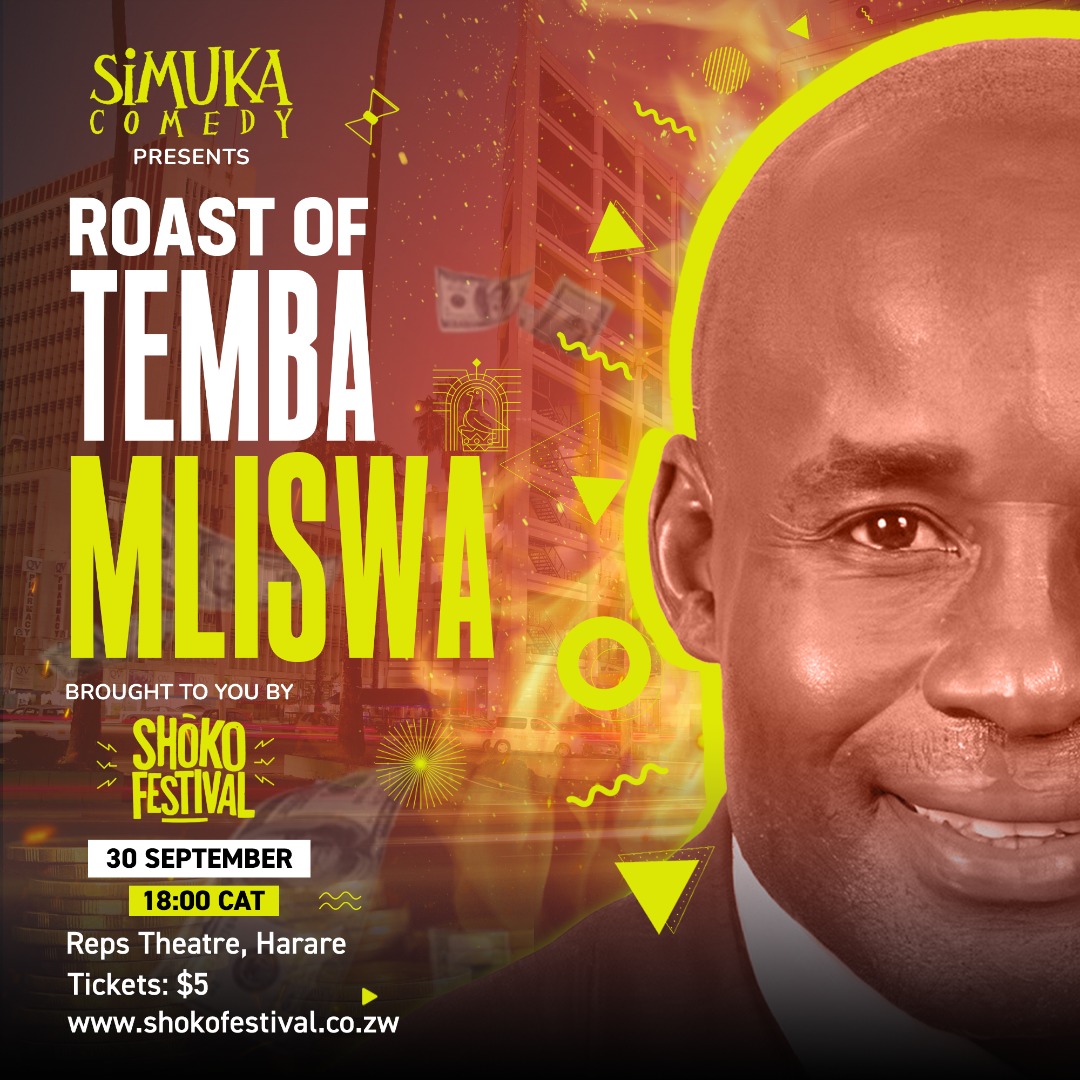 The second edition of the Shoko Roast presented by Simuka Comedy promises a night of tears and laughter with outspoken Norton MP Temba Mliswa at the center stage of the roast set to take place during Shoko Festival on the 30th of September at Reps Theatre from 6pm-8pm in Harare.

Veteran Stand Up Comedian, Carl Joshua Ncube is the new addition to the cast of the roast. Early birds will also be treated to a 30-minute pre-roast by Kadem the Comic and Munya Guramatunhu.

Leading Zimbabwean Stand Up Comedian and Simuka Comedy Creative Director, Doc Vikela will be the roast master for the evening.

He says, “The roast is an extraordinary event that is happening for the second year running where we use satire collaboratively with Magamba Network and Simuka Comedy at Shoko Festival, where we speak truth to power, speak on issues of accountability, speaking to our leaders on the mishaps that happen in society”.

He adds that there will be no sacred cows at the roast, “This year is a no holds barred show and it’s going to be the epitome of things that cannot be said in front of a live audience being said and those things will never be repeated again.

“Even if people try, they won’t outdo what’s going to happen this year. It’s fireworks!”

Following a successful debut Shoko Roast last year which featured politician, Linda Masarira as the main guest, the event presents a unique opportunity to talk and touch on hot political topics in a deeply polarized country.

Tickets are already on sale for US$5 and have been flying off the shelf since the release of promotional material online. Tickets are available at Reps Theatre, Simuka Comedy and at Moto Republik.

Beef For The culture