No to power sharing with those who stole elections: Chamisa 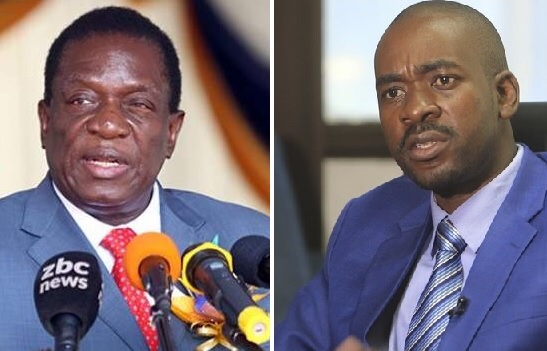 Movement for Democratic Change (MDC) Alliance President Advocate Nelson Chamisa has vowed not to have a power sharing agreement with the ruling ZANU-PF as they “stole elections”.

The remarks were made at a memorial service of the late Glen View South MP and daughter to MDC founding President, Vimbai Tsvangirai-Java that was held yesterday (Saturday)

Recent months have seen the church and the civil society making frantic efforts to have two protagonists engage in a dialogue to map the way forward on the country’s political and economic problems.

However the MDC leader seemed to suggest that there were covert operations within Zanu PF opposed to talks between him and Mnangagwa wrongly believing that after dialogue they will lose their positions.

“National dialogue is not to share power, but to set a common vision and values.

“A common vision where ordinary citizens will not be arrested and charged with treason for holding different political opinions, a vision where the corrupt and those that loot from the state face justice, a vision where investors and other people’s funds remain safe in banks and factories.

“That is our agenda for dialogue, not power sharing with those that stole elections,” said Chamisa.

Marry Chiwenga arrested: as panic grips Zanu-PF amid fears that the G40 faction has spread its organs