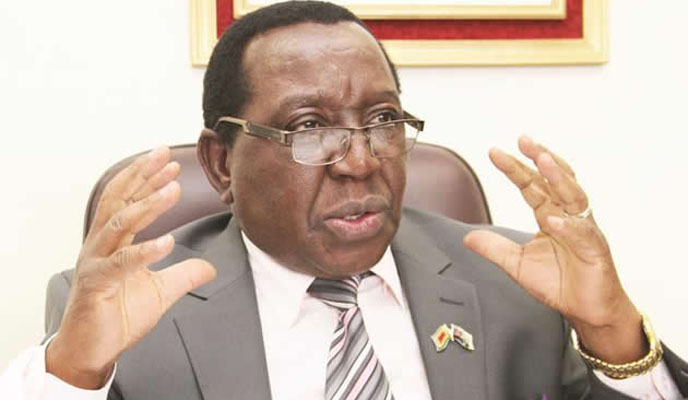 ZANU PF national spokesperson Simon Khaya Moyo has distanced the party from a statement attributed to a party official suggesting that the ANC delegation that visited Zimbabwe last year had a sinister agenda.
The party’s director for Information, Tafadzwa Mugwadi, who is a former MDC-aligned Zimbabwe National Students Union (ZINASU) leader, had been involved in a social media spat with South African Broadcasting Corporation (SABC) journalist, Sophie Mokoena.

Mugwadi accused Mokoena of hostile reportage against ZANU PF, being a concubine of an exiled ZANU PF official, and of undermining President Emmerson Mnangagwa.

Mugwadi further threatened to reveal the “real” reason why an African National Congress delegation which was led by the party’s secretary-general Ace Magashule visited Zimbabwe in 2020.

But in a statement on Sunday, Moyo said Mugwadi spoke without authorisation and his utterances should be dismissed.

“The ANC of South Africa and Zanu-PF enjoy excellent and fraternal relations dating back to the days of our liberation struggle and continue blossoming up to this day. To suggest that the ANC delegation came to Zimbabwe with a hidden agenda is compound mischief, uninformed, unacceptable and unpatriotic.

“A communiqué was issued on the constructive two-day meeting by the two fraternal parties and indeed these meetings will continue in the future. Nothing was amiss and necessary measures will be taken by Zanu PF concerning those involved in this matter.” he said.

The President and First Secretary of Zanu-PF Cde ED Mnangagwa, the President of the ANC Cde CM Ramaphosa called each other in high esteem and no one should attempt to soil this fraternal relationship. We are one people sharing a common liberation history, culture and destiny.

Moyo’s statement on Sunday came a day after South African President Cyril Ramaphosa dared Mugwadi to come out with his “bombshell” and reveal the real reason behind his party’s visit to Zimbabwe last year.
Ramaphosa was speaking during an interview with the SABC on Saturday[1/11, 10:44] Kuvhunga Consultancy: Govt Bans Movement Of Dead Bodies As Covid-19 Cases Surge
By Staff Reporter
The government of Zimbabwe has with immediate effect banned the movement of dead bodies from place to place for burial in an effort to contain the spread of Covid-19.
The new measures were announced by police and health officials late on Sunday as the country recorded 978 new infections and 24 deaths from the respiratory virus, ZimLive reports
As part of the new measures, the government has with immediate effect restricted the movement of dead bodies from cities and towns to rural areas to curb the spread of Covid-19. This means that people who die will be buried in towns or areas in which they would have died.
The police will only clear body movements for burial straight from a funeral parlor/hospital mortuary to the cemetery.
In a statement last night, national police spokesperson Assistant Commissioner Paul Nyathi said the new measures were ordered by the Ministry of Health and Child Care and were meant to curb the spread of Coronavirus.
‌“The Zimbabwe Republic Police advises the public that the Ministry of Health and Child Care has informed the police of immediate restrictions imposed on the movement of dead bodies for burial in the country.
“According to health officials, a body will now be buried in the town/city where the death would have taken place. This is being done in order to curtail the spread of Covid-19 pandemic,” reads part of the statement

Is Mliswa Biting More Than He Can...