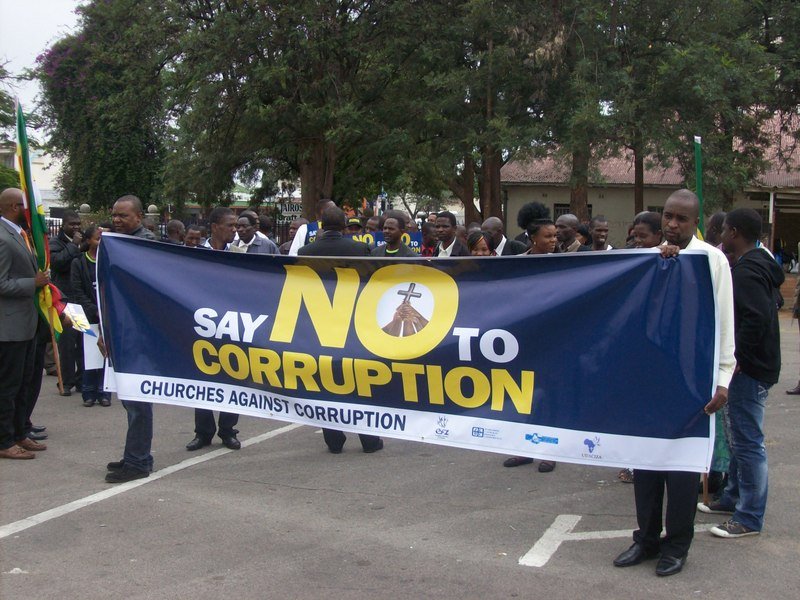 The fight against graft in Zimbabwe has been stalled by the lack of whistle blower protection laws, Transparency International Zimbabwe (TIZ) has said.

Speaking at a talk show, legal and parliamentary affairs committee member, Brian Dube who is also MDC T legislature for Gweru Central said that more often, the role of whistle blowers is undermined as the draft bill is still at its formative stages and there are lot of delays in passing the bill into law.

“There is currently no legal framework in place. The role of WB is crucial and the protection act is important because people involved in corruption are usually rich and powerful. Portfolio Commitee on Legal and parliamentary affairs drafted the bill which needs to go through the relevant channels.”

Buttressing the need to expedite a whistle blower Protection law TIZ Research and Advocacy officer, Nqobani Tshabangu said that whistle blowers play a crucial role in the fight against graft.

“Whistle-blower plays a crucial role in the unearthing of corruption especially the grand/large scale corruption. There is a cost attached to a whistle-blower’s life. For example in ZESA scandal, 8 employees were fired for 15 months for exposing corruption in the public procurement,” he said.

Charity Matumbi Acting ZACC secretary acknowledged the need for a whistle blower protection and said that the Zimbabwe Anti-corruption commission has an application that whistle blowers can use
“@ZACConline has a WB protection mechanism online app that is for anonymous reporting. There is need for legislative framework to protect whistle-blowers. The framework will grant immunity to WB & anti-corruption CSO.”

She also acknowledged and bemoaned victimization of whistle blowers. She said as ZACC they have recorded some cases of victimization.

“ZACC has taken two cases to court for victimization of WB.”
Nqobani further said that  if a Whistle-blower protection Act is implemented in Zimbabwe it can potentially save thousands of dollars that can benefit the citizens. Scandals such as the COVID-gate was exposed by a whistle-blower”.

According to the (UNODC, 2015) position paper “the value of whistle-blowing cannot be overstated as evidenced by a study from Australia which showed that employee whistle-blowing was “the single most important way in which wrongdoing was brought to light in public sector organizations”.

There is accordingly no doubt that more needs to be done by legislators as well as public and private entities to encourage whistle-blowing and related reports of corruption; to handle reports of alleged corruption, wrongdoing and undue risks in a sound manner; and to provide appropriate levels of protection for whistle-blowers.

As for Zimbabwe there is no stand-alone law that sets out guidelines for persons who report incidents of corruption and misconduct, whether they be the actions of public officials, state agencies, private corporations and individuals.

Observers argues that the absence of a whistle blower protection act could have been one of the major driving force behind the looting and plundering of resources by a few elites.

The scintillating “catch and release drama ”...