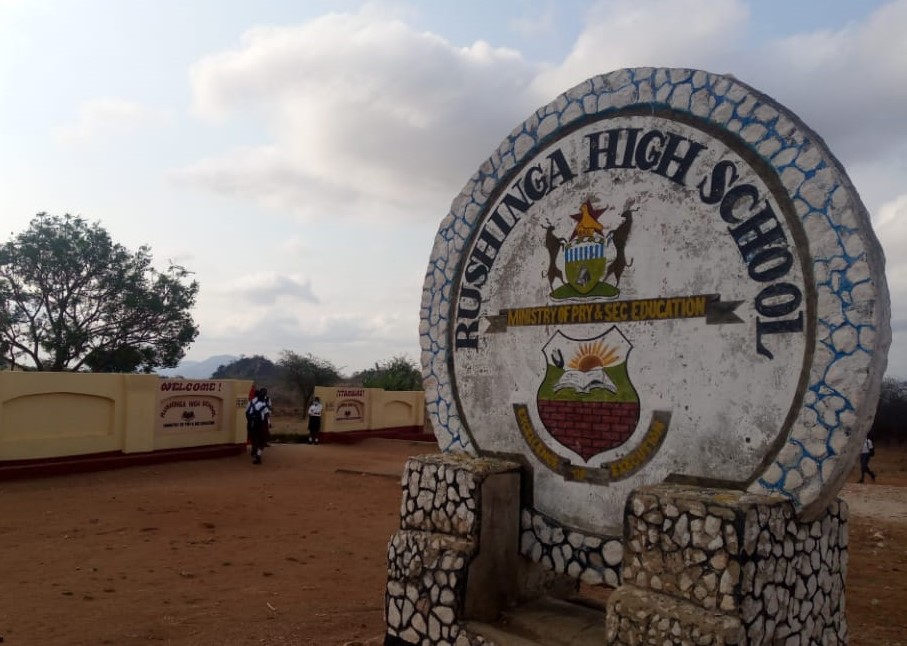 Clad in a pink-tattered designer dress, uncombed hair and holding her five months old daughter supported by her right arm, 16-year-old, Namatai Chikuruwo* cut a lone figure among other young girls and women who had come for their infant babies check ups at a local clinic in Chongoma Village under Chief Chimhanda in Rushinga recently.

An encounter with the teenage mother gave an insight into the scourge of difficulties adolescent girls are facing in accessing Sexual Reproductive Health (SRH) information and services. This has resulted in them dropping out of school as a result of early pregnancies.

Narrating her ordeal, Chikuruwo said she last went to school in March 2020 before schools were closed in an effort to contain the Covid-19 pandemic.

“I was doing Form Two by then. By the time schools re-opened towards the end of the year, l had already eloped with my husband as l was already pregnant and expecting this baby,” she said in between sobs.

She added, “I regret being in this situation. Life has not been easy and my future seems shuttered. My heart bleeds when l see other girls of my age going to school and still enjoying their girlhood whilst l am burdened by child rearing, house chores and helping my husband fend for our family as he is not employed.

Namatai became sexually active at an earlier age and admits that if she had adequate knowledge and access to SRH services, she possibly would have avoided getting pregnant and still be attending school with her peers.

She added: “I started engaging in intimate relations when l was around 12 years of age. This was due to pressure sometimes from older men most of whom worked at a local mine close to our village. They would woo me and later request sexual for favours as well.

“I ended up falling pregnant last year due to inaccessibility of information on how to prevent pregnancy as well as scarcity of condoms which is the only method of pregnancy prevention l knew about. I then kept the pregnancy because my then boyfriend who is now my husband had shown interest in taking me in as his wife for some time otherwise had it not been for that, l wish l could still be in school.”

Access to SRH services is a basic human right enshrined in the country’s constitution hence information should be made available to every citizen in order for them to make informed decisions on their sexual reproductive health.

Section 76 (1) of the Zimbabwean constitution states that “every citizen and permanent resident of Zimbabwe has the right to have access to basic health care services, thus including reproductive healthcare services.

This constitutional right is however not a privilege to people living in marginalized rural communities who constitute the majority of the country’s population.

Notable factors are conservative cultural norms, information gap, poor health infrastructure as well as legal and policy guidelines that are inconsistent with the mentioned law.

With schools closed during the Level 4 lockdown, adolescence girls bore the brunt as seen by a surge in numbers of teenage pregnancies, early child marriages as well as abortions, mostly illegal which translated into increased number of school dropouts by female students in schools.

Marginalized communities in areas such as Rushinga District in Mashonaland Central Province were not spared by this scourge. The district recorded alarming numbers of school drop-outs as a result of pregnancies and early child marriages.

A Ministerial Report presented by Minister Sithembiso Nyoni to parliament earlier this year stated that about 5000 teenage pregnancies had been recorded in January and February of 2021 throughout the country.

The country’s law permits termination of a pregnancy if it endangers the life of the woman, threatens to permanently impair her physical health or if the fetus was conceived as a result of rape but many people in this rural community are not aware of this.

However in this part of the country, even rape victims are forced to keep their pregnancies as people refrain from aborting because of cultural provisions with regards to termination of pregnancies.

Terminating pregnancy is a taboo equated to committing murder according to the predominant Korekore culture.

“I was sexually abused more than once in 2019 by an adult villager who is our neighbor and family friend who frequently visited our home,” narrated 17-year-old Thandile Moyo (not real name) a mother of one who is now doing her form 3 at Rushinga High School.

With the help of SAfAIDS a civil society organization that promotes effective response to SRH rights, she got re-integrated back into school as a result of Circular P35 of the education sector which allows pregnant learners and those who would have conceived to continue with their education.

“At first, we did not report the matter to the police but instead, it was presided over at our Chief’s court who ordered the offender to pay cows and goats after he was found guilty. That was shortly before l discovered that l was pregnant and was made to have a mixture of traditional herbal medicine in order to terminate the pregnancy and conceal the matter since we had been given part of the fine.

“The home remedies almost took my life as l fell very sick. The termination was unsuccessful and I had a severe stomach-ache for days which was only treated when l got to the hospital with the help of relatives who had visited after learning about my illness.

“While being treated at the hospital that is when the matter got the police’s attention,” she added.

Cases of abortion are on the rise with many adolescence girls resorting to backyard illegal abortions.

According to Zimbabwe’s Termination of Pregnancy Act of 1977, one can face imprisonment of up to 5 years if found guilty.

“Similarly, there is a heavy penalty for termination of pregnancy regardless of circumstances from the Traditional Chief’s Court if one is proven guilty,” locals told this reporter.

Investigations also revealed that the number of women and girls who have their pregnancies legally terminated at various local health facilities remains very low as compared to those who resort to backyard illegal abortions due to a lot of procedures which compromises the privacy of a women involved in the processes.

Information obtained from the Ministry of Health and Child Care District Office revealed that under age birth deliveries for the year 2020 stood at 260 and the same district recorded 87 cases of abortion. For the year 2021, the district has so far recorded 337 underage deliveries as well as 97 abortions with a couple of months left towards year-end.

Rushinga District learner Welfare Officer Mr Webster Jasi admitted that adolescent girls in schools are not knowledgeable about SRH issues as the teaching of the subject in schools is very minimal leading to an ever-increasing number of unwanted pregnancies in schools.

“There is no direct relationship between our Ministry of Primary and Secondary Education with that of Health and Childcare in order to deal with the knowledge gap that exists in schools regarding SRH issues.

“There is a lot of misinformation and misconceptions as well as wired theories in the communities on SRH issues and pregnancy termination mainly perpetuated by cultural beliefs. These need a combined approach to factor-in this subject into the school curriculum from the primary school level such that we try to contain numbers of children falling pregnant while at school leading to dropouts,” he said.

He also implored the need of educating chiefs and traditional leaders who are custodians of the culture so that they use their influence to remove the cultural barrier which are aiding the prevailing environment.

A survey conducted by the National AIDS Council (NAC) in the district established that young women and girls shun receiving SRH services at local health facilities partly due to the attitude of some health service providers.

This has however deterred adolescent girls from visiting health facilities in order to acquire SRH services.

NAC has since come up with various programs which are youth friendly such as Sister to Sister as well as Dreams program which target adolescent girls and young women between the ages of 10 to 24 years.

Adolescence Clinics which are child friendly and confidential are also slowly mushrooming in various health centres throughout the district.

With the prevailing situation, there only remains nothing but hope that interventions from government and various stakeholders do work so that teenage pregnancies statistics do not continue to increase, life is not lost due to unsafe illegal abortions and those sexually active make informed decisions.

*pseudonym has been used

This story was made possible through support and funding from Women’s Action Group.