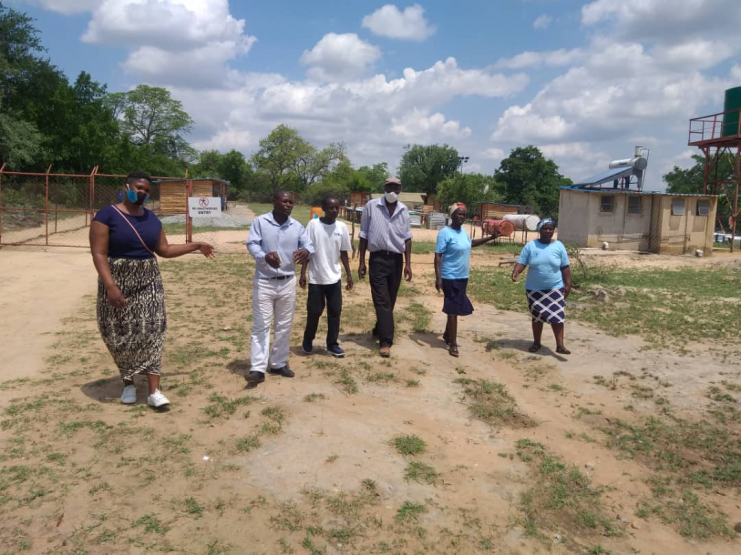 Information gathered by this publication indicated that communities within a 15 kilometers stretch from Cross Dete to Kapami area on the 15th of February woke up to find pegs inscribed Malonga Wells/A Mupandawana in their fields.

This development comes shortly after the Dinde Community in Hwange, located about 20 kilometers from the Cross Dete, raised alarm over another coal mining project by Beifer Investments which is also threatening their existence.

The Dinde coal project, if allowed to proceed, will affect 5 villages which have about 600 homesteads. Beifer Investments claims they have a Special Grant which allows them to conduct exploration of coal deposits in the Dinde community.

CNRG a civic society organization which defend the rights of communities affected by extractive industries have since pleaded with the government to prioritize land rights of its citizens since the land question was at the center of the anti-colonial struggle.

“Center For Natural Resource Governance calls for the Government of Zimbabwe to respect land rights of its citizens. The land question was at the center of the anti-colonial struggle that began in 1893 and culminated in the attainment of independence in 1980, following an armed struggle. Thus the government must do everything within its power to minimize displacements of communities”.

It also urged the government to consult local natives in any case that there is a need to relocate people so that they agree on compensation that would have to take place which must be effected before people are displaced.

“Where relocation is to take place government must first engage the communities to be affected and agree on compensation. The relocation site must be built up first with all the social amenities required for a human settlement. Further, the government must address the question of livelihoods for displaced people. Merely building houses, as was the case for the thousands displaced from Marange to Arda Transau is not enough. International best practices must be followed.,

“Engagement with the communities must be done in a free manner without intimidation. The people of Cross Dete have Constitutional and customary rights to participate in the decision making on development programs that affect their community, without fear of retribution. The right of the communities to remain in their land if they choose to, must be respected. Forcing Zimbabweans off their customary land in favor of ‘investors’ is inhuman, unpatriotic and against the very reason why Zimbabweans took up arms against colonialists”. reads the statement.

The tension in Hwange has attracted the attention of the Minister of Mines and Mining Development, Mr Winston Chitando who was scheduled to visit Dinde this past week (Thursday 25 February, 2021).

Minister Chitando’s visit follows the cancellation of a meeting between the Dinde community and Hwange District Coordinator that was scheduled for the 13th of February.

The meeting was aborted after the community refused to be divided into smaller groups that comply with Covid19 regulations.

Efforts to get a comment from Minister Chitando were fruitless as his mobile phone went unanswered.

A Wild Ride, protecting the environment through...