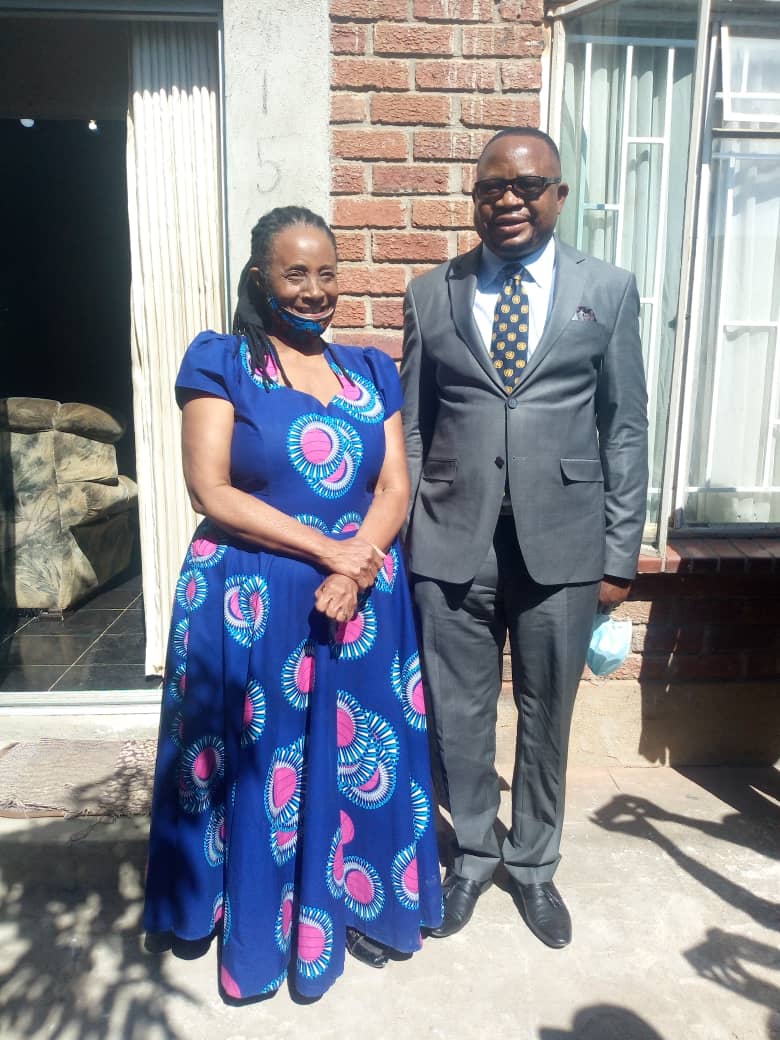 Veteran actress, Jesesi Mungoshi of the ‘Neria’ fame has bemoaned how the global pandemic has negatively affected the local arts industry.

Jesesi wife to the late literary giant, Charles Mungoshi was speaking at her house in Zengeza 1, Chitungwiza after receiving groceries from government today.

Acting Minister of Youth Sports Arts and Recreation who is also the Minister of Public Service and Social Welfare, Larry Mavima gifted Mungoshi with a grocery hamper.

The arts and creative sector which largely rely on crowds have suffered a huge blow in their trade as the Covid-19 induced lockdown strictly prohibits gatherings so as to minimize the transmission of the deadly virus.

A proficient actor in her own right, Mungoshi mentioned that just like most artistes in her trade, she has had her projects put to halt by the lockdown.

“I was supposed to sign a contract for a Nigerian Film production on the 29th of March because the producers were coming in to Zimbabwe on the same date but the lockdown started on the 21st, eight days before the production and until now the production has been pushed further and further.

Mungoshi expressed her discontentment over lack of support of the arts sector and urged artistes to lobby government to chip in on the welfare of artistes such as writers and film makers.

“When l say government should support its not only moral support but even financial support for artistes’ projects. In fact government should have a commissioning office for film makers and even writers as they became very lonely as they write because they are not going out there to look for money to support their families.

“That is the reason why you find our own writers like my husband die with nothing yet he put Zimbabwe on the map by winning international awards such as the common wealth awards twice but government could not recognize him by awarding him national heroes status when he died because what he was doing was not for his family but for the nation,” she added.

Minister Mavima proceeded to Glen Norah A to hand over some groceries to football yesteryear veteran George Shaya.

In order to cuisine the dry spell that has been brought by the global pandemic, government has since availed Covid-19 relief packages amounting to ZWL$ 10 million each for the sports and arts sectors.