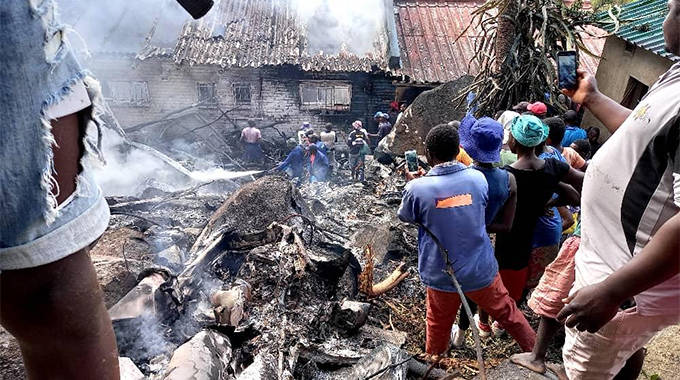 HARARE – An Air Force of Zimbabwe helicopter went down in a residential area in Ruwa, 22km south-east of Harare on Friday killing three people onboard and a child on the ground, witnesses said.

A second child suffered serious burns after the Bell 412 helicopter, apparently out of control, crashed into a house before exploding into a ball of fire.

So intense was the blaze that witnesses said they “could not see even bones.” Military police arrived at the scene and began combing through the smouldering debris, looking for human remains.

No comment was immediately available from the military, but sources said one of the dead pilots was a female flight lieutenant. Also killed was a wing commander and a technician, both male.

A witness who was among the first to arrive at the crash site said: “Anyone in the helicopter was burnt beyond even any remains. Unfortunately, despite being in a rural-type area and sparsely populated, it crashed straight into a house, killing one child and seriously burning another.”