Machete wielding gang to be treated like terrorists: Min Ziyambi 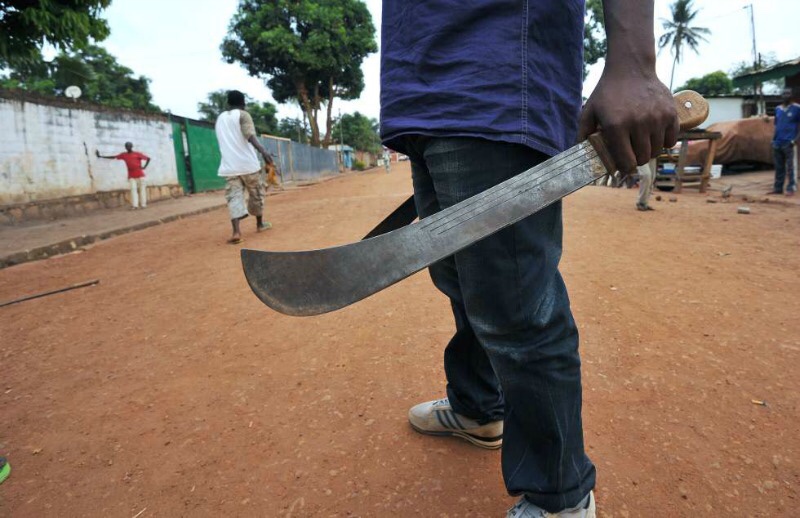 Police may soon be on the instruction to shoot to kill machete wielding individuals on site, as government intensifies efforts to bring sanity into mining communities.

This was said by Justice Legal and Parliamentary Affairs Minister Ziyambi Ziyambi on the backdrop of continuous rampage by illegal gold miners resulting in loss of lives.

“I had a conversation with the Minister of Home Affairs  that those who kill people using machetes must be shot on site if ever seen by the police because they are not valuing lives of innocent people so why should we value theirs.

“We have put in place various mechanisms in order to curb this anomaly. Anyone with a machete found killing innocent people using it is a terrorist and should be treated like one,” said Ziyambi.

Government is also considering the removing the possibility of bail for machete violent suspects.

“I am talking with the JC (Justice Commission) that those who would have committed machete related crimes must be denied bail because we were facing a problem where the suspects were coming after the police who would have arrested them as soon as being granted bail,” he added.

Minister Ziyambi’s utterances came after machete wielding gang killed a police constable on duty in Battlefields between Kadoma and Kwekwe on Saturday.

A report by the Zimbabwe Peace project revealed that at least 105 people were murdered in violence prone miningcommunities of Kadoma and other neighboring districts in recent months.