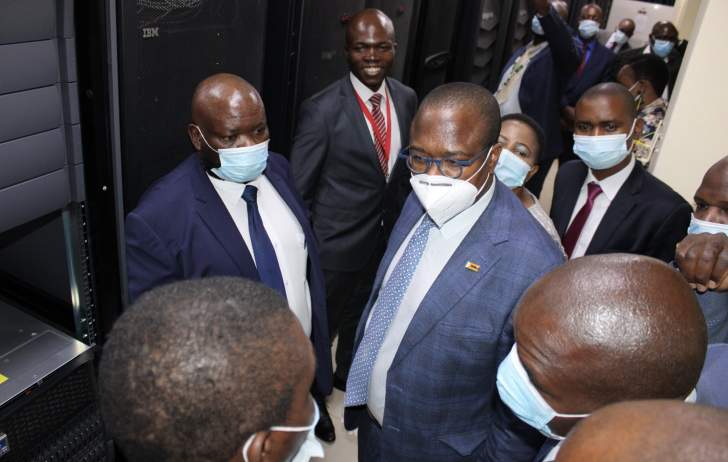 On sealing of a truck the driver is required to select a dedicated geo-fenced route to the exit port which is captured in the system. Any diversion from these routes or entry into a restricted zone constitutes a geo fence violation which attracts a USD2000.00 fine. Other violations include unauthorized opening of the seal, tampering with the SIM cards, losing and/or damaging the seal. Reaction Teams may immediately be dispatched or action taken at exit point, depending on nature of violation.

In the future, ZIMRA will submit position papers to ensure the system which was imported will be produced locally in partnership with other domestic players who will be required to benchmark against international best practice and to get international accreditation. Currently the ECTS that ZIMRA uses is from Malaysia and there is a keen interest from the Minister of Finance, Prof. Mthuli Ncube, to have ZIMRA investigate the possibility of a locally produced system.

The aim is to expand the transit economy with Zimbabwe acting as a transit hub in the region together with ensuring Zimbabwe adopts and implements the concept of dry ports in areas such as Makuti and Forbes.

The Ministry of Finance, under the leadership Hon. Prof Mthuli Ncube will continue to support and equip ZIMRA to remain vigilant in its mandate of mobilizing financial resources for the nation.  ZIMRA has been capacitated and has been supported through the provision of  new vehicles for its operations. ZIMRA has recently taken delivery of 20 Landcruisers, 5 Hiace Minibuses and 5 NP300 single curb trucks the total is 30 vehicles.

ZIMRA will move with speed to procure drones worth an estimated US$2 million that will be used at all ports of entry to reduce smuggling and underhand deals. Plans are also at an advanced stage to place a CCTV camera system at border posts and strategic areas. The CCTV system will be linked to a loss control command centre at ZIMRA head office that will have sight of the footage live feed from the border post. The system is expected to be procured and installed from funding in the 2021 budget.