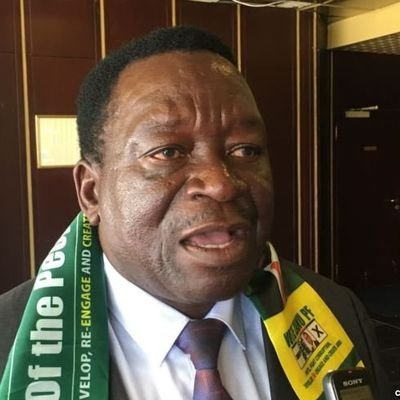 George Charamba, the spokesman for the presidency, also confirmed that Matemadanda had lost his role as deputy defence minister and would be appointed to a foreign mission as ambassador.

The abrasive Gokwe Central MP will also likely lose his parliamentary seat and his position as secretary general of the Zimbabwe National Liberation War Veterans’ Association.

In his final act, Matamadanda wrote a circular to all Zanu PF DCCs elected recently warning them against divisive acts including “de-campaigning party sitting councillors and MPs.”

“Matemadanda was working with some senior party members from the Midlands province,” one party official told the newspaper.

“They called themselves Gokwe Boys and their mission was to destroy July Moyo and Mudha (Owen Ncube) so that they become close to Mnangagwa.

They considered themselves as ‘Super Lacoste’, more important than others. They were cooking up stories to create a divide between the two and Mnangagwa.”