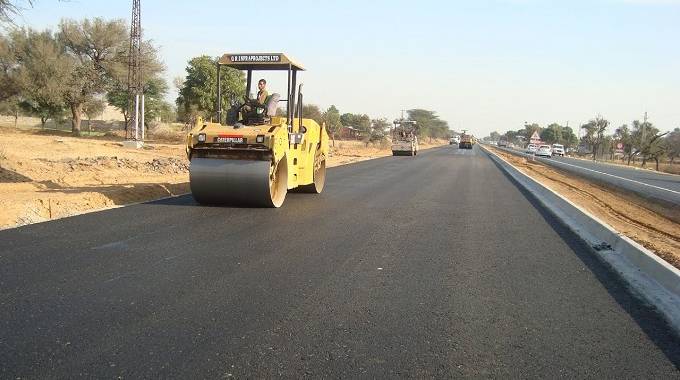 Meandering through the deadly potholed Seke road enroute to Chitungwiza from Harare’s central business district, has been a nightmare for motorists and passengers who reside in Chitungwiza.

However, the on-going rehabilitation program that is currently underway has many Chitungwiza residents especially motorists smiling.

Speaking to Bustop TV, many people expressed happiness on the ongoing resurfacing of Seke road.

For Dexter Chitumira, using Seke road everyday has been a nightmare.

Another motorist, Energy Dhawu said just like many motorists, he is happy that Seke road is being repaired.

“Kugadzirwa kwe road kukutifadza zvikuru. Motokari dzanga dzichikuvadziwa nemashatiro anga aita mugwagwa uyu” {The rehabilitation of Seke road is commendable. You would need to repair your car regularly because of the bad shape of the road}

Cynthia Chitagu she was now using Airport Road avoiding the bumps between Prospect and St Martin’s.

“You know many a times; I was now using Airport Road. How inconveniencing it. It’s great the road is being repaired”.

“As passengers we take note of the ongoing resurfacing of Seke road. We commend government and the city of Harare. However, we still raise our displeasure that, government doesn’t have to wait until a situation has blown out of proportion to act”

Bogus NGOs on the rise