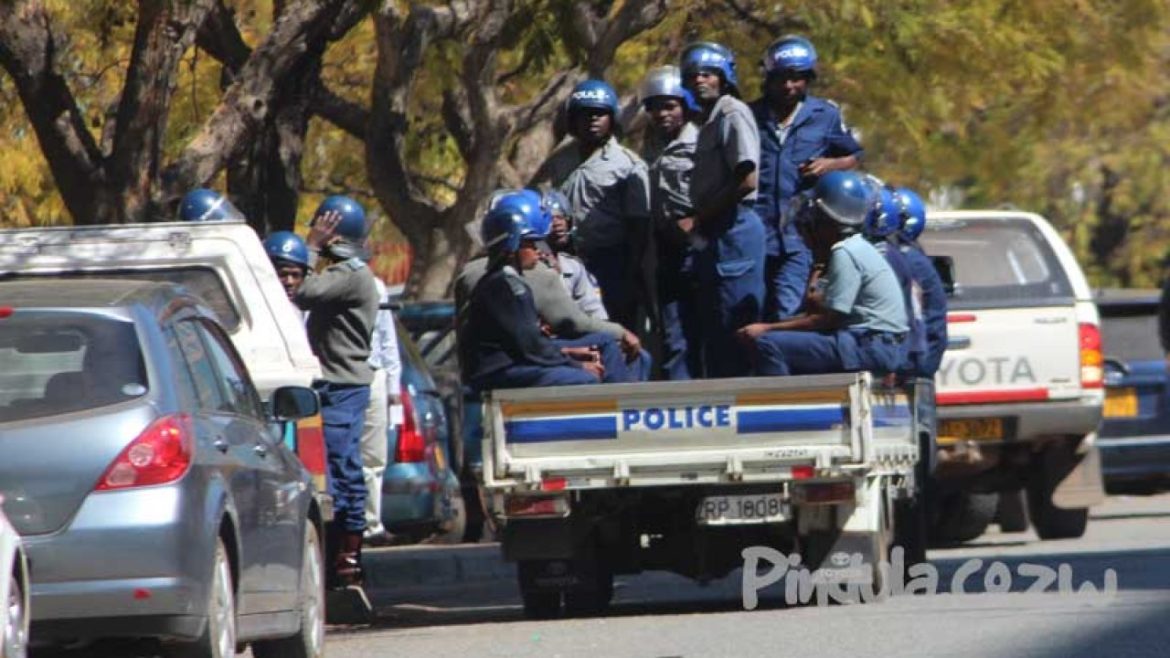 HARARE – The Zimbabwe Republic Police says it will recruit 1,000 new police officers as soon as the coronavirus pandemic eases up.

Police Commissioner General Godwin Matanga told a news conference in Harare on Friday that the broke government last recruited in 2018.

“We last recruited in 2018, but I have been given the green light by the Police Service Commission through the Home Affairs ministry to recruit 1,000 men and women to train as police officers,” he said.

Matanga said the recruitment and training of the new police officers had been complicated by the virus.

Matanga was speaking during a news conference in Harare alongside Home Affairs Minister Kazembe Kazembe. The briefing was called to “discuss the security situation in the country.”

The question of police recruitment came as Kazembe was asked to justify the presence of soldiers on the streets.

“The Covid-19 pandemic came unplanned and we ended up having too many roadblocks, so the army ended up collaborating with the police,” Kazembe said.

He said police were “not resourced to the extent we want” but maintained that they had done a great job accounting for dangerous criminals.

Kazembe said Zimbabwe was actively seeking the extradition of loyalists of the late former President Robert Mugabe who have sought refuse in several countries in the region, fearing political persecution.

“Fugitives like (Saviour) Kasukuwere and Walter Mzembi, and others, should voluntarily come back and clear their names,” he said.

Khupe, Mwonzora Hit Back At Bhebhe