Jazzy Jazz recently released a beautifully crafted album titled Poshi which is steadily finding favour among mature musicians. Poshi was launched at Club Excite in Gweru, at an event by any measure is the best ever to be held in the City of Progress. The album treats music lovers with possibilities of a refreshingly new world punctuated with humility, forgiveness, love and solidarity.  Jazzy Jazz’s vocal prowess is apparent on all the 10 tracks off the album. But there is something to be said for the talent of his guitar and bass players. He awakens the Zimbabwean in me, particularly with the mild imitation of mhande drumming and the mbira respectively.

Going by the idea letter the lawyer has written in response to ZIMURA, the idea to mute and drag Lazzie to a hearing is for all intents and purposes foolish. Before getting into the details of the case it is important that we put it across that most Zimbabwean musicians evidently suffer from Stockholm syndrome. ZIMURA is impotent and is using a ridiculously huge amount of revenues collected to finance the inner cabal’s lifestyles as musicians live in squalor.

Polisile Ncube, Makombe and crew have managed to create a false impression of ZIMURA which they unfortunately believe to be true. ZIMURA through its board is taking advantage of musicians’ docility and a general lack of appetite for knowledge to loot. If they are not looting, then ZIMURA has long abdicated on its responsibilities as a revenue collecting authority. Lazzie T mentioned in the video under review, that he last received royalties in 2013. Around that time no one ever imagined Zimbabwe will adopt useless bond notes. But we all know we are in bond/age and we can only imagine what happened to real monies collected then. Perhaps, it explains why the board wants to mute Lazzie T.

The case against Lazzie T is that he spoke truth to power in a video which was widely circulated on social media. The said video irked the authorities at ZIMURA, who surprisingly include some very senior musicians.  I would have mentioned the names of these senior musicians, but my better judgement suggests that they have passed their sell by date. We cannot be talking of the convenience of “pay forward letters” in the era of social media.  In all honest, we respect them for the work that they have done but that stands to vanish if they continue with the Mugabe tendencies.

Plot Mhako, Marshal Shonhai, Noble Stylez, the Bustop Tv crew, Cindy Munyavi, Jimu Mukurumbandi and Blessed Mutoti have been inspiring in their I STAND WITH LAZZIE T campaign.  However, I find it disturbing that only a few artists jumped onto this opportunity to interrupt the toxic ZIMURA operations. It is against this background that I find Jazzy Jazz’s free legal service offer to be a breadth of fresh air.  One hopes that we get more professionals who can put themselves in life of fire to protect the creatives. After all the creative sector is by far the largest employer in Zimbabwe. 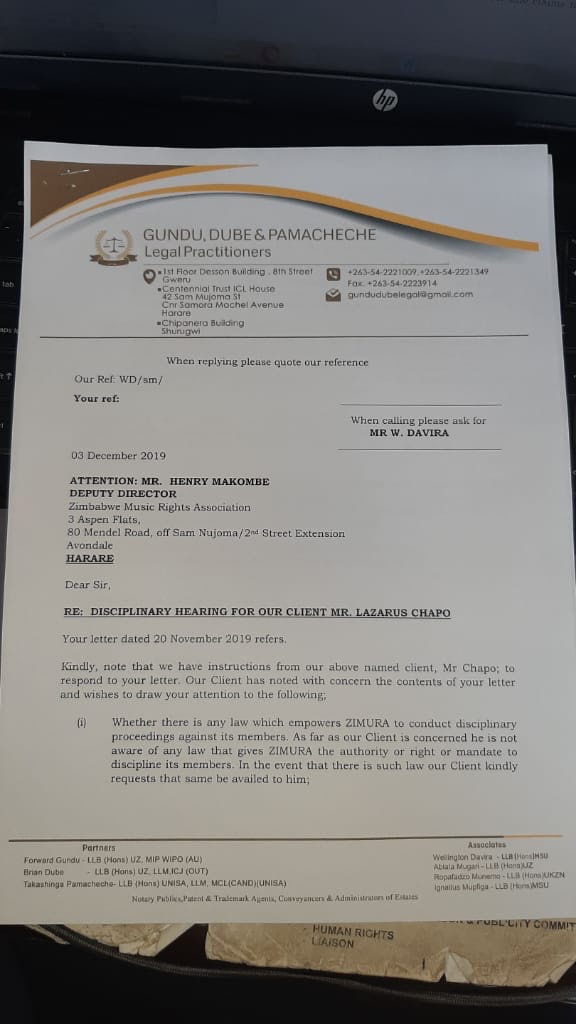 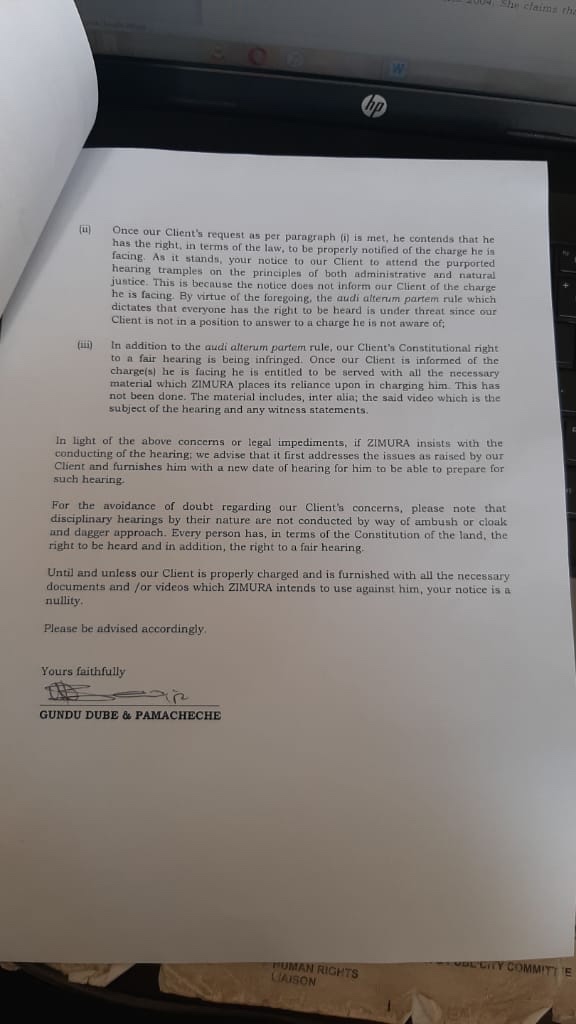 Doctors calls for own input in procuring equipment.

100 Greatest Zimbabwean Songs Of All Times