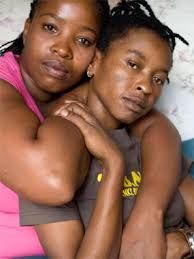 A Zimbabwean lesbian who alleged that she was forced to flee from the country after facing death threats from her own family has been denied refugee status in Ireland.

An International Protection Officer (IPO) had in April 2019 recommended the woman be refused refugee status or subsidiary protection on grounds her claims lacked credibility.

According to Pink News, before making a recommendation on her asylum claim, the IPO asked her questions about her sexuality and found that she was not aware of any LGBT+ support groups in either Ireland or Zimbabwe.

The woman claimed that she had been married off twice as a child at the ages of nine and 13.

She further claimed that she had entered into lesbian relationships in Zimbabwe and threats from family members after she was discovered engaging in lesbian acts had forced her to flee.

After the IPO had rejected her claims, the woman brought judicial review proceedings aimed at overturning the IPO recommendation.

However, in a judgment on Friday, Justice Tara Burns refused to overturn the IPO’s recommendation.

The judge rejected arguments that the IPO had failed to determine a “core element” of the woman’s claim, namely that she was a lesbian, and that she was entitled to a decision by the IPO on that.