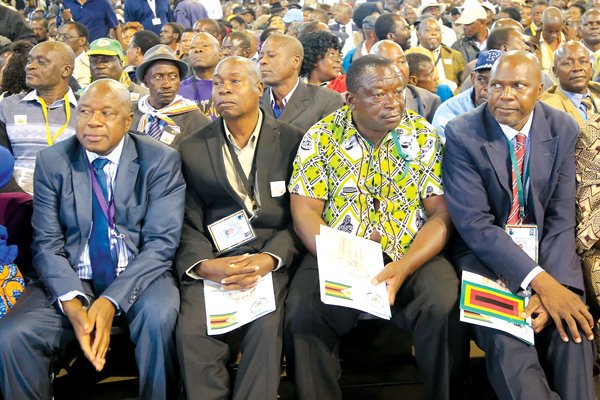 HARARE – A group of independence war veterans are suing the government over the US$3,5 billion farm improvements compensation deal with white farmers arguing it was done illegally and in discrimination of black farmers including themselves.

President Emmerson Mnangagwa on July 29 approved the billion-dollar compensation agreement which he said would bring finality the emotive land issue as envisaged by the country’s constitution.

In a court application filed this week, they cited lands minister Anxious Masuka and finance minister Mthuli Ncube as respondents.

They are seeking a declaratory order that “The Global Farm Compensation Deed by the Government of Zimbabwe as represented by the first and second respondent (Masuka and Ncube) on one part and some as yet unnamed representatives of the former white race farms on the other part to pay only former white farmers for improvements on lawfully, compulsory acquired land is discriminatory on the grounds of race and constitutes unfair, cruel and degrading treatment of the black indigenous race, and consequently that implementation of the deed be suspended pending government’s adequate attention towards and full and final payment first to all the Zimbabwe indigenous black race’s white settler rule compensation concerns and claims occasioned over the centuries.”

Alternatively, the war veterans want The Global Compensation Deed declared “void and of no force or effect… for not being consistent with Section 295 (4) of the Constitution requiring that any such compensation be done through an Act of Parliament.”

They also argued that the government of Zimbabwe “has no authority outside consultation with the population and the chiefs to enter into binding agreements over alienation of the Zimbabwe land.”

They said their application is brought in terms of Section 14 of the High Court Act (Chapter 7:05) and filed within the context of the historical background on land ownership in pre-colonial Zimbabwe.

Sigauke, in his founding affidavit, said none of the black race persons received any form of compensation whatsoever for the lost land, mines, stolen livestock, dehumanising survival and stolen artefacts over a century ago.

“The indigenous black race’s desire from 1890 has always been, and this became core to and motivated us in our armed formations during the Chimurega resistance, that we were to take back our land and be compensated for its forcible takeover by the white race…,” Sigauke said.

“For us war veterans, we had to go into the streets in 1997 to secure legislative attention for the paltry monthly pension we are still struggling to be paid correctly even to date and we have also remained unattended on many other issues to do with compensation for the traumatic experience we went through during the war of liberation, medical aid benefits, accommodation and other things.

“In short, the government – both the one led by the late Cde Robert Mugabe and the current one (led by Emmerson Mnangagwa) – has not seemed bothered to address positively the issue of the indigenous black race’s compensation for the ills they suffered as a direct consequence of settler colonialism under the yoke of the settler white race, mostly of British origin, and for the ills they also suffered as a direct consequence of government or its agents, actions such as those of the ZIPRA lands confiscation, Gukurahundi, Murambatsvina and the 2008 political violence episodes.”

Sigauke added that the July 29, 2020, agreement undermined the rule of law because an essential component of the rule of law is the right to be treated fairly and in a non-discriminatory manner.

He accused the government of having treated the white farmers’ concerns as superior and more deserving of attention than the inferior indigenous black race’s own prior and communicated concerns stretching from the pre-colonial, through colonial to the post-independence period.

The case is yet to be set down for hearing.

Outcome of the ANC/Zanu-PF meeting

Mnangagwa Slammed For Dishing Out Cars To...