Top Journalist Nyarota Seeks US$26 000 For Surgery In India 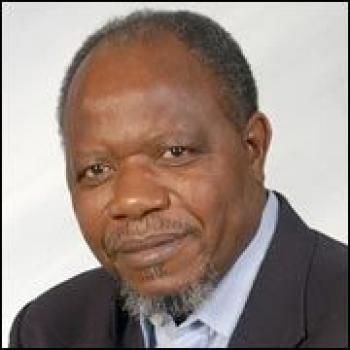 A GoFundME campaign has been launched to raise US$25.500 to assist top journalist and editor, Geoffrey Nyarota undergo an immediate surgery in India.

The veteran journalist is supposed to travel to India and undergo coronary angioplasty, a procedure used to widen blocked or narrowed coronary arteries.

Organisers of the campaign confirmed to NewZimbabwe.com the need for Nyarota to undergo for treatment in India adding he was unable to raise the funds personally.

“Nyarota cannot afford to raise the funds required to cover the cost of the travel, and the procedure in India where he has been referred to,” said one the organisers of the campaign.

“His medical aid can only meet a small portion of the cost of this life-saving journey and specialist procedure and that by way of a refund upon his return”.

Nyarota also confirmed the appeal campaign and said he was privileged for the support being offered by media colleagues.

“I’m privileged to be the intended beneficiary of this special initiative which was launched by my colleagues in the Zimbabwean media fraternity,” Nyarota said in his appeal message.

“I wish to thank in advance all those who are making a contribution, large or small, towards the cost of my life-saving journey to India. May the Lord bless you.”

On Saturday, Nyarota was part of editors from both private and public media under the banner of the Zimbabwe National Editors Forum (ZINEF) who met Information Minister Monica Mutsvangwa and her deputy Kindness Paradza in Harare.

Nyarota once edited the state-owned daily The Chronicle in the 1980s, and was the founding editor of the privately owned Daily News in 1999.

During his time as The Chronicle editor, he in 1988 unearthed the infamous Willowgate Scandal where top government officials including ministers abused their positions to buy cars from the state-owned Willowvale Motor Industries at discounted prices before re-selling the vehicles at a 200% profit.

Nyarota has also authored a book titled; “Against the Grain: Memoirs of a Zimbabwean Newsman”, which was published in 2006 by Zebra Press in South Africa.

In April last year, Nyarota wrote his second book titled; “The Graceless Fall of Robert Mugabe”, which was published Penguin.