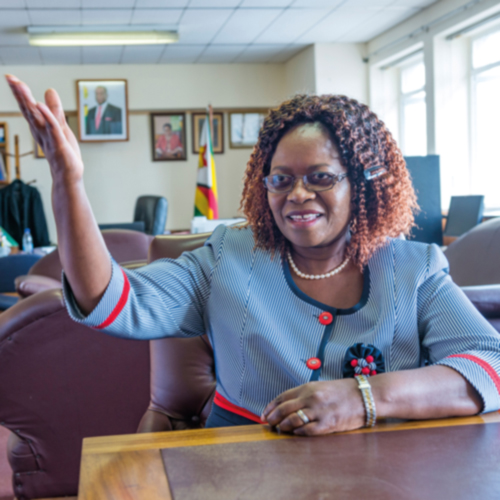 The civil servants Salary Servants Bureau (SSB) has dodged the auditor general for over two years following a request to explain missing wage bills in its system.

This comes after unreconciled variances amounting to $7 397 321 were noted in the Ministry of Health and Child Care’s payroll.

This was revealed in the 2019 report by Auditor General Mildred Chiri.

“The Ministry’s monthly payroll reconciliations between Salary Service Bureau (SSB) wage bill and the Public Finance Management System (PFMS) revealed variances that were not reconciled. The variances amounted to $2 838 593, $9 280 535 and $6 392 925 for the months of February, March and November respectively. In addition, the submitted Appropriation Account had total employment costs paid through SSB amounting to $718 487 150 whilst the SSB report showed $725 884 471 resulting in an unreconciled variance of $7 397 321. Because of the variances noted, I was unable to ascertain the correct employment costs for the Ministry.”

The Auditor General noted the risk that failure to investigate variances may result in the Health Ministry not being able to detect ghost workers, misappropriations and fraudulent activities and urged the Ministry to investigate and reconcile variances for employment costs on a monthly basis.

According to the same report, the health Ministry responded saying, “The Finance department approached HR department requesting for missing wage bills. HR got the response that SSB could not provide the Ministry with a list of these salaries. For the past two years, we have approached SSB who refused to assist us and so we are finding it difficult to verify the figures that they give the Auditor-General. For the year 2020, the variances may recur as the Paymaster still refer us to the monthly wage bills as the only document which they can give us.”

Irregularities were also discovered as payment vouchers did not have invoices or receipts.

“The Head Office and three health institutions I visited could not avail supporting documents for some payments made to various suppliers of goods and services. I was availed with payment vouchers which had no invoices and or receipts confirming receipt of funds for payments amounting to $2 911 172. This was contrary to the provisions of section 81 of the Public Finance Management Act [Chapter 22:19] which requires all source documents to be obtained and attached to vouchers. As a result of this scope limitation, I could not verify if expenditure incurred was a correct charge against public funds.”

Irregular or fraudulent payments may be processed if expenditure is not fully supported by source documents and payment confirmations and recommended that the Ministry obtain suppliers’ invoices first before payments are done to ensure that charges levied and items being paid for are as required by the Ministry.

When payment is subsequently done, evidence confirming receipt of money should be obtained and attached to the voucher.

Kenneth Kaunda to be buried in three weeks