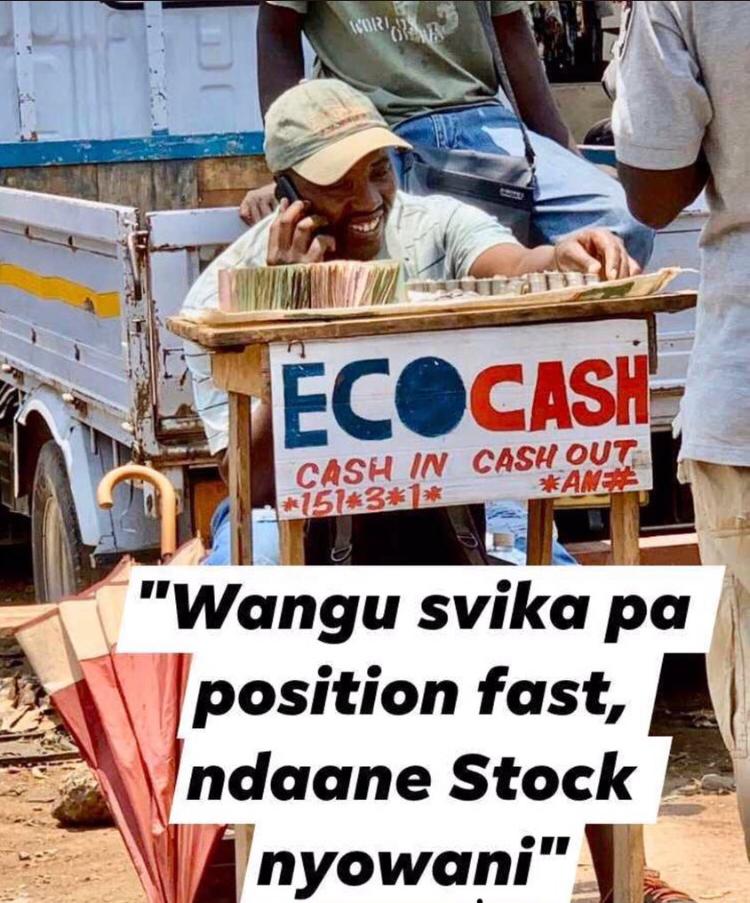 Lerato NdlovuThe new denomination banknotes hyped by the government as a solution to the cash shortage the country is facing has finally arrived leaving the public confused and not convinced.

Masvingo resident Tavita Mpala said the new currency reminds the citizen of the bearer cheque era and very much unlikely to change the country’s economic situation.

“We have seen the new denominations, and somehow they remind us of the Gono era of bearer cheques where we thought all was well till it showed that it was a burden to the people, and the economy at large leading us to use South African Rands and the United States Dollars, history is more likely to repeat itself” said Tavita Mpala

Tungamirayi Mujati a local retailer, said the new notes should have come in higher denominations than those that they have issued out and celebrated on the losing of eco-cash agents for the time being.

“They should have introduced denominations of higher value other than the two and five dollars considering that the prices are high in the shops, these low denominations mean that we still have to go around with bags full of money, that is stressful,”

“The biggest losers in this case, will be the Eco-Cash agents who have been selling cash with high charges. The coming in of new currency will most likely lead them into pulling down the charges for some time, and that will be better for us,” said Tungamirayi Mujati.

Many businesses around the country are charging exorbitant prices for customers purchasing goods with ATM cards or Mobile money like eco-cash, tele-cash and one-money by up to 40 percent.

“The new cash will not resolve the economic problems we face,” more locals said “What it means is that we will probably have more cash around to feed the black market for foreign currency.”

The government hopes the new notes will help end the cash crunch, bring down inflation and speed up the restoration of the domestic currency.

The Reserve Bank of Zimbabwe (RBZ) introduced $5 and $2 notes, as well as the $2 bond coins as a measure to ease cash shortages and bring back the local currency, which was scrapped in 2009 and replaced by a multi-currency regime.