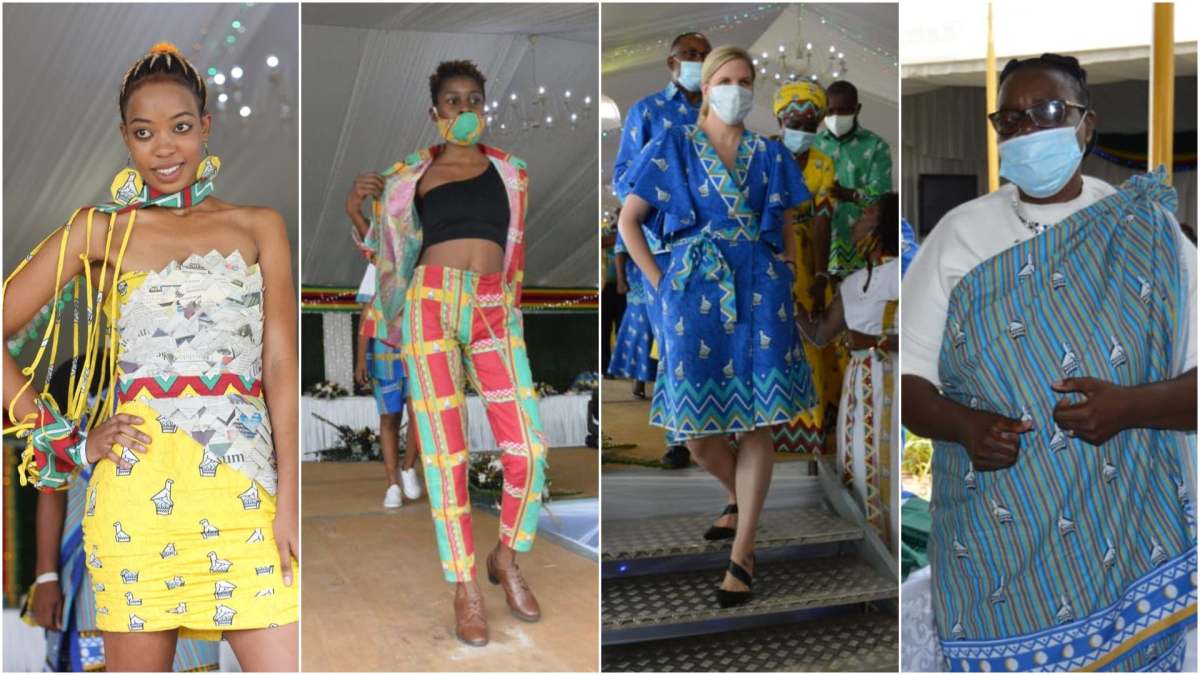 The national dress was introduced and launched by the First Lady Amai Mnangagwa last year to ensure that Zimbabwe has its own national apparel.

A total of 37 designers came to showcase their products using the material that was selected by President Emmerson Mnangagwa. The material has national symbols including the Zimbabwe bird, National flag colors and Chevron patterns.

Mashonaland West Minister of State and provincial affairs and Devolution Mary Mliswa, guest of honor at the event said all the colors on the materials depict something in the history of Zimbabwe that should be remembered.

“The majority o colors reflect the same as is said to be of the national flag, we should be proud and not despise those parents that teach their children the African way of life.

“We are a special people, and are the people who make history. When one wears this clothing they should not forget they are reflecting Zimbabwe, hence they should symbolize that they are messengers and the good of being a Zimbabwean.

She added that the way forward for Zimbabwe is to invest in land, education, agriculture. In opening remarks Deputy Minister of Women Affairs, Jeniffer Mhlanga said for over four decades Zimbabwe did not have a dress showing its identity and culture, but with this initiative it brings comfort to know we can design our own national attire.

“For 41 years now in counting Zimbabwe did not have a national dress and material that can depict where they are coming from.

“It was sad to hear of our brothers and sisters in the diaspora saying when asked for national dress we will get stuck , but with this initiative we can now gladly walk the talk by being independent in all facets including our culture.

She said Mashonaland West can be recognized with the color blue on the African fabrics, hence it should be taken as the province’s source of identity.

Gracing the event was Mambo Nemakonde, Mambo Chirau and other government officials.

The National dress competition is set for the 17th of this month.