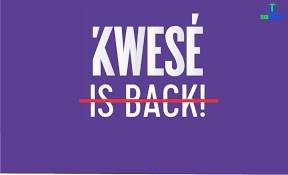 Retrenched Kwese TV employees have taken to social media to register their displeasure in business mogul Strive Masiiwa for failure to pay them their retrenchment packages in time agreed upon.

Kwese TV closed down on July 31 2019, and employees were told that they were going to get certain amounts depending on their grades but unfortunately they have not been getting what they were promised.

Bustop TV managed to track an appalled former employee who said that her former employer had been shifting from the original arrangements.

“Basically, most of the staff member fall between A-C grade. The payments come in such small amounts it’s difficult to track.

“They are supposed to make monthly payments to us but we have not had anything for quite some time. The original plan was 3 big payments by December.

“Every month someone drafts an email that deviates from the original plan. Now we have not heard from them since January. We do not even know how to contact them,” said the employee who preferred anonymity for fear of reprisal.

Earlier the same employee prompted an investigation into the matter after she went on Twitter to express the short change on retrenchment packages by her former employer.

“Sitting here thinking about how @econet still has not paid our retrenchment packages in full. A lot of the ex employees are creatives who had to start freelancing and others opened their own businesses. They could really use the money right now. ☹️”. read her tweet.

While replying to Nigel Chanakira’s tweet about Ecosure and their man of God owner donating towards COVID 19, another Twitter handle @theart94860007 posted, “So this man of God still owes hundreds of ex retrenched Kwese staff their retrenchment packages. Been more than 6 months and they keep stalling. Man of God! Right!”

On the same time line @Ladybambaata said, “And yet he still hasn’t paid out his Econet Media staffers their retrenchment packages? Surely it should also be the norm to honour your word with employees. We are pleading for him to do the right thing and pay the Kwesé staff out! It’s only fair.”

@Hamish_Hoosen wrote, “It’s disgusting how former staff are treated by a billionaire who parades himself as God conscious and magnanimous. From what I saw, I don’t think Econet don’t have any plans of paying their South African staff. And Strive will continue playing philanthropist.’

Another disgruntled person @Lobyname tweeted, “Loves the limelight.. masquerading as a do gooder.. still hasn’t paid KweseTV staff their retrenchment packages in full as he promised he would.

As hundreds of former employees await for their packages, it could only be fair for Econet to give people their dues.

If people work they have to be paid and that is what has to be expected in this instance.

Judge’s son claims he was tortured to admit murder crime.