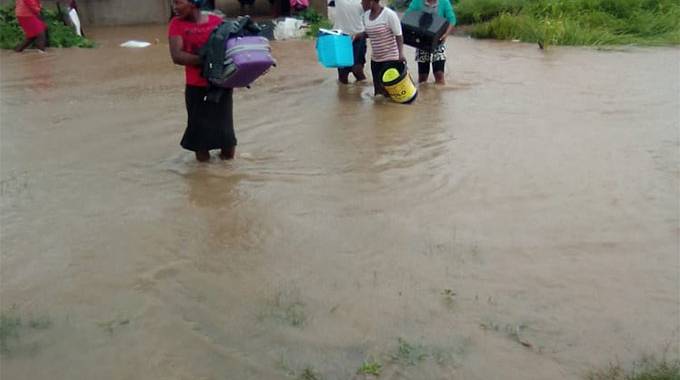 Residents in several Gweru city suburbs are beginning to move out of their houses to safer places after most of the homes were hit by flash floods this afternoon.

Property running into hundreds of thousands of US dollars has also been lost after being drenched. The most affected suburbs are Woodlands Park, Clifton Park, Mkoba 4 and Mkoba 13.

Residents were this afternoon seen removing their property from affected houses saying some of the property could not be salvaged.