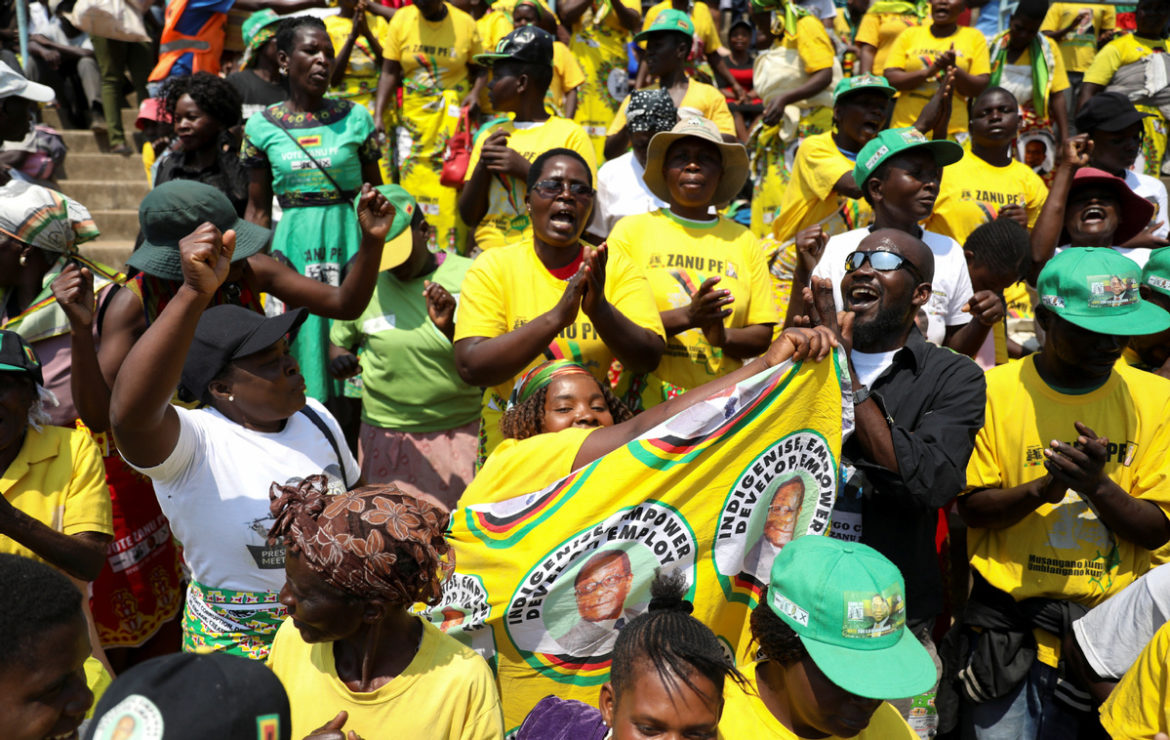 As the country’s economic and political situation is in turmoil, fissures within ZANU PF continue to widen.

Not so long ago the ruling party suspended it’s Youth leader, Godfrey Tsenengamu , Lewis Matutu and Togarepi Pupurai over indiscipline and failure to follow party principles.

While Togarepi appears to have toned down, Matutu and Tsenengamu are still eager to put up a fight.

On the other side war veterans in Mashonaland Central province are accusing Members of Parliament of sabotaging President Emmerson Mnangagwa using his government-funded food aid for their selfish gains.

He said the MPs and the provincial leadership were not campaigning for Mnangagwa, while using his food aid to secure their seats in the national assembly.

“As war veterans, we have noted that our MPs here in the province are sabotaging our President because they are not telling people the truth that the rice they are giving them is from the President,.

“It is well known that they are using the same rice for vote-buying ahead of the DCC elections and some are working with opposition parties to remove the President from power.

“The President is very much aware that most of our MPs got more votes than him, which is a clear indication that they were not campaigning for him”.

Not to be out done former Deputy Finance Minister, Terrence Mukupe took a swipe at the current Zanu PF leadership accusing it of lacking direction.

In audio circulating on social media, Mukupe said, “ZANU-PF is at its weakest today than at any other time.

The key question is what will the opposition do to exploit this weakness?!”

He went onto add that the Mnangagwa administration had failed dismally due to nepotism and failure to allow constitutionalism.

“ZANUPF is being run like a Mafia, no one in its leadership including Mnangagwa would win an election today against Chamisa,” he said

Chronicles of an artist living with a disability