PRESIDENT Emmerson Mnangagwa’s spokesperson George Charamba Monday confirmed widely held suspicions that an army of abusive Mnangagwa supporters, popularly known as VaRakashi, operating on social media are being paid to counter pro-democracy activists. Charamba, irritated by uncharacteristic criticism from one Kudzai Mutisi, laid the propaganda arrangement bare in a series of tweets. “You hold the very system that pays you to ridicule?” Charamba, writing from his @Jamwanda2 handle, asked in the testy exchange (images above). 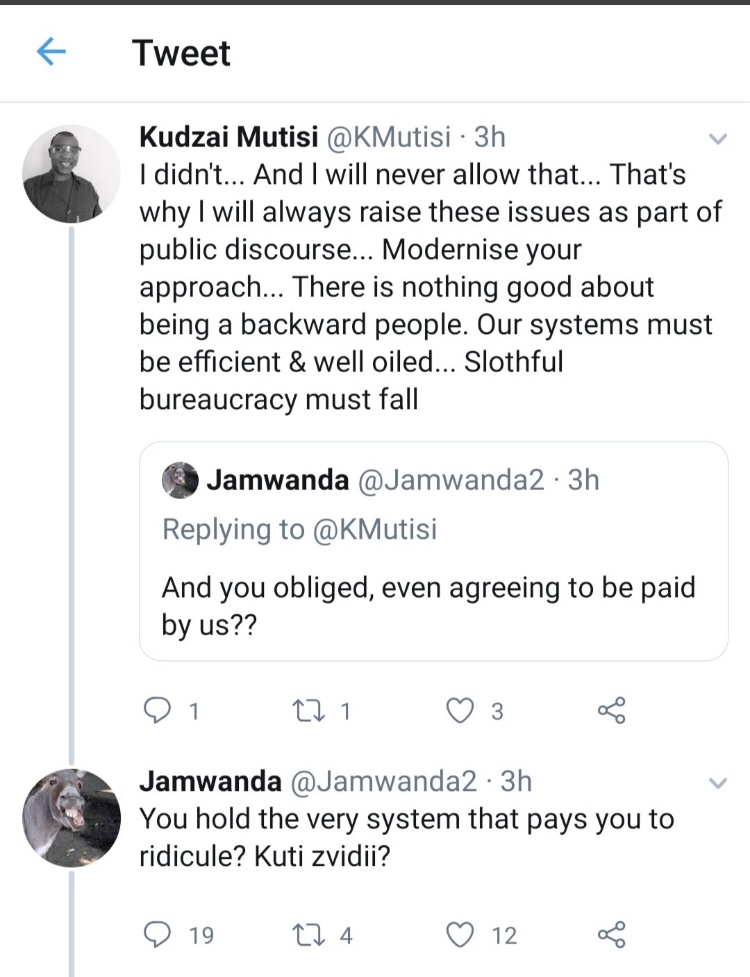 Spare a thought for an NRZ Employee.

Zimbabweans living abroad to renew passports in US$

“We Are Not A fly By Night Political...