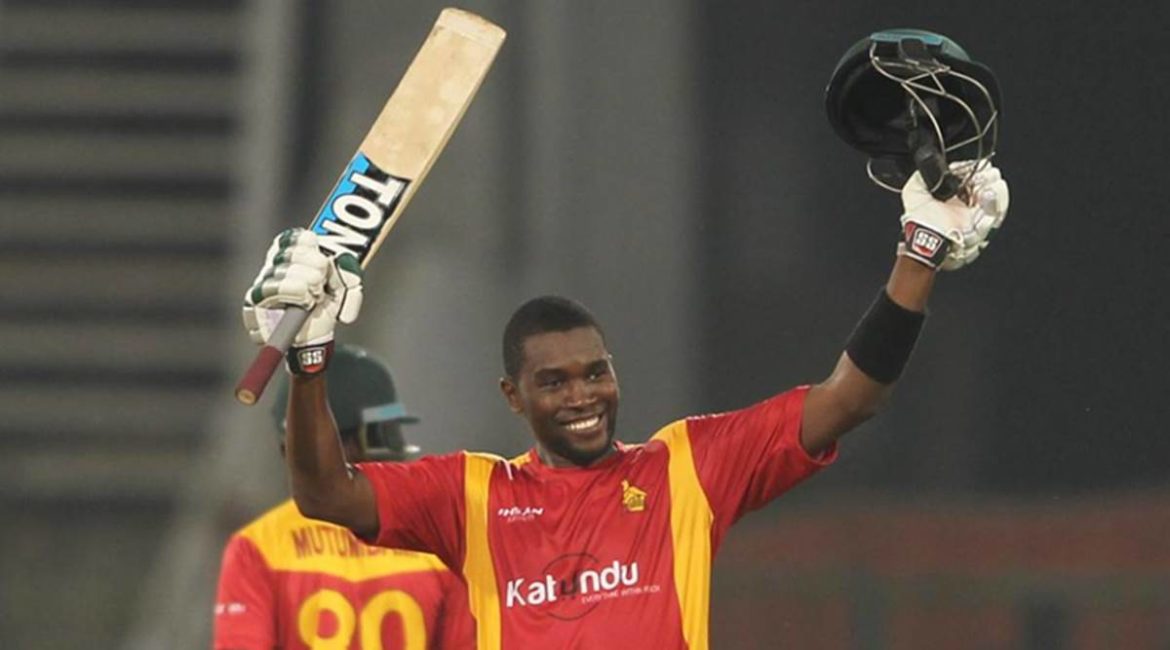 The day is April 20 and the year is 2004, a young boy from Highfield walks onto the field at Queens Sports Club to face Sri Lanka- a side with some of the fiercest bowlers of the time who include Muttiah Muralitharan whom to date is arguably the best spinner of all time, .

At just 18 and faced with his first if not most fierce task of what will be a career full of ups and downs, Elton Chigumbura managed to hit a formidable 13 which was yet a huge score given the circumstances. The Chevrons found themselves in after the departure of the “rebels.” A few months earlier he had starred in the Under 19 World Cup and it could have been beyond his wildest dream that in such abrupt circumstances he would make his senior team debut. 16 years later that same young boy walks off the crease for the very last time never to return again to cap a career which can easily be penned as successful yet unfulfilled.

Early on in his career, Elton Chigumbura showed enormous promise and could easily have become one of the international greats. He could ball very well and was a pretty decent hitter of the ball. Throughout his career, he showed glimpses of the great player he could have been. He had numbers to prove that he was surely destined to be a great player. He hit a 90 ball 77 against Australia and took a fiver against Bangladesh proving a great player he was.

Tragedy struck in 2005 in South Africa when the young prospect suffered a stress injury which affected his back which meant he was to miss out on bowling. Because of his promising performances, fans would just hope he would come back. He came back unable to bowl which was somewhat of a disappointment. All through his career, he was often entangled in an unfortunate battle between his performances and his inclusion in the team.

His performances never seemed to justify his inclusion in the team. He, however, had a way to silence critics like his unbeaten 52 in the famous T20i World Cup win against Australia. At a time when the country had capable replacements like Foster Mutizwa and Keith Dabengwa, Chigumbura would instead be elevated to captain which did not help in improving his situation.

Like every other captain after the rebels era, Chigumbura’s stint is not any different with not so good performances and has seen the decline of the sport in the country. At 34, Elton has played 213 ODIs for Zimbabwe, scoring 4289 runs. Due to his explosive nature, his best could just be the 54 T20Is where he scoring 852 runs at a blistering strike rate of 142.71.His explosiveness meant he would represent the Barbados Tridents in the Caribbean Premier league, Quetta Gladiators in the Pakistan Super League and Sylhet Royals in the Bangladesh Premier League.

To sum up his career, an extract from the Zimbabwe Cricket gave a glimpse of Chigumbura cricket career.

“Former Zimbabwe captain Elton Chigumbura is set to retire from all forms of international cricket at the conclusion of the on-going Pakistan tour.
“Chigumbura is one of Zimbabwe’s most-capped players, having played 281international matches – excluding the current series – in which he made 5761 runs and took 138 wickets. Renowned as an explosive finisher during his prime, he has to date scored two centuries and 26 fifties across all formats,” it read.

Sixteen years, 281 international matches, 5 761 runs, 138 wickets, two centuries and twenty-six fifties. What a career he had.

Mimmie Moana died together with Ginimbi