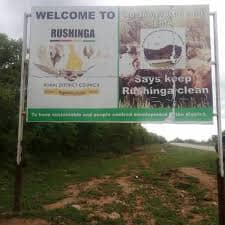 Imagine living in an area with no access to WhatsApp! Newspapers don’t reach there and people die at home because they can’t call for emergency services.

This is still happening in an independent Zimbabwe.

Zanu-PF Rushinga MP Tendai Nyabani said WhatsApp is only found within a 25km radius and everywhere else people do not enjoy the right to information.

“In terms of newspapers, there are no newspapers that reach the area. TV there is none,there is no reception – those who watch pay DSTV so TV is only for those with money to watch on DSTV. Radio only started last year,” he said.

Rushinga is one of seven districts in Mashonaland Central province.

The MP said as a result programmes they want to access such as Smart Agriculture and online lessons for pupils are not accessible.

This has resulted in poor pass rates in Rushinga schools.

Information from government departments in Harare take up to three days to reach the area.

“If people in Harare want to send a message to Rushinga, they don’t phone. You send a text message and when someone travels to the mountain that is when he will see it. If you spend three days without going to the mountain, you won’t get the message,” said the MP.

He said teachers, health workers and other civil servants deployed to the area eventually leave because of lack of access to information and failure to communicate with their loved ones.

He added that even investors shun the area .

Nyabani said when crimes such as murder are committed, it takes time to notify the police.

“People are not getting jobs because they can’t see the job advertisements. The country says everyone has the right to access information. How do you access information when there is no network, no recievers, no WhatsApp, no TVs?” he quizzed.

“It is my appeal and an appeal from everyone in my community in Rushinga that government must speed up the issue of bringing communication systems to Rushinga because information is for everyone. We are still using ancient methods to transfer information.”

He said these methods include someone traveling long distances to deliver a message or traditional leaders resorting to hitting iron to communicate different messages.