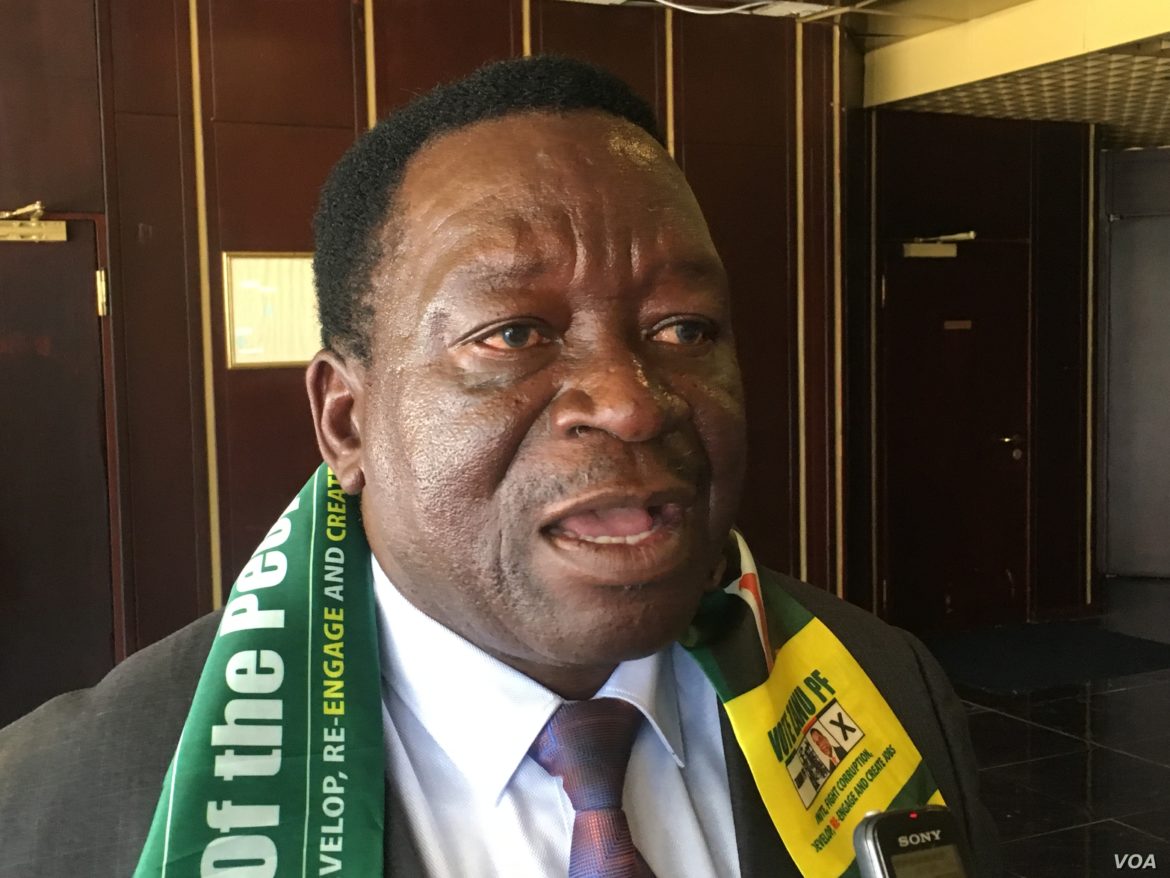 Masvingo – Zanu PF member and losing candidate to Zaka East constituency, Talent Chivange has dismissed utterances by Victor Matemadanda alleging that he is a member of the G40 cabal.

ZANU PF Political Commissar; Victor Matemadanda said that he, (Chivange) carried out a secret meeting with the G40 at his homestead in Nemamwa plotting against the Zimbabwe’s leadership.

Chivange dismissed all these allegations when he was addressing members of the media at a press briefing that was held today at Chevron Hotel.

“President, Emmerson Mnangagwa highlighted that G40 is now a security threat to the country, and l am now being associated with being G40, these are falsehoods and works of the enemy at hand trying to sabotage my party membership loyalty.

“The Commissar, Matemadanda said falsehoods about me and even in the paper; he was quoted saying ‘Vachandigadzirira size’,” said Chivange.

Chivhinge confirmed his ZANU PF membership status by saying that he is still a loyal member of the ZANU PF party.

“I am still a member of Zanu PF, If ZANU PF no longer wants me, I am willing to part ways with the party. I am by no means tied to Saviour Kasukuwere and this is why l never joined in the march in Bulawayo and l will not sue Matemadanda, l do not even know what G40 is and Matemadanda should gather his facts properly first before accusing me,” he said.

Chivange said that, the reason why he is still a member of Zanu PF is an indication that he is not G40 and he was even part of the By-Elections for Zaka constituency although he lost.

“I am still part of Zanu PF, if I was a member of G40, why was l not chuffed away together with those who were said to be members of G40. I am still a member of Zanu PF unless they say otherwise. Last year l failed to contest as a Member of Parliament in the party after l was accused of being a member of G40 and they said l was not eligible but this year l  participated in the by-elections,” said Chivange.

Chivange however admitted that he is still in contact with the G40 Kingpin, Savior Kasukuwere although he says that he is his business partner.

“I have business issues I discuss with Kasukuwere hence l cannot break my relations with him and this is the reason why l communicate with him,” he said.

G40 is hinted to be on the rebound with Savior Kasukuwere having confirmed presidential aspirations in 2023 elections.

The party have been accused of using its remnants in the ruling ZANU PF to frustrate the country’s efforts to re-engage with the international community.