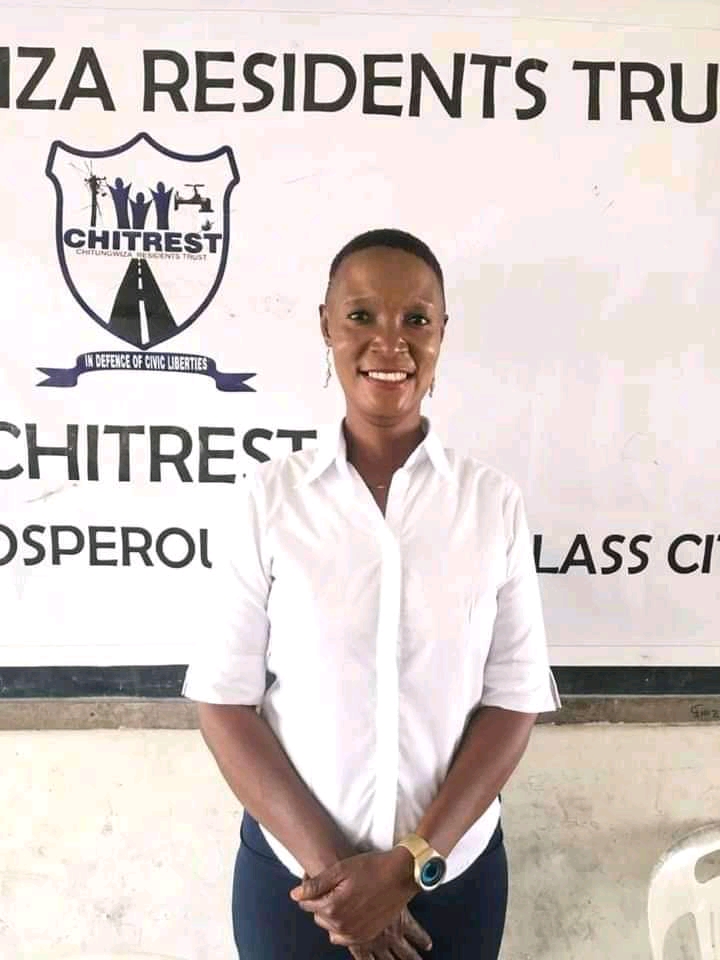 Kuvheya was arrested on the 14th of June for allegedly speaking against the demolitions of ‘illegal’ structures by council in the dormitory town.

She is represented by Zimbabwe Lawyers for Human Rights (ZLHR) and appeared at Chitungwiza Magistrate Court today.

Her lawyer Freddy Masarirevhu confirmed the postponement of her case adding that the state had not completed their investigations for the trial to commence.

“She was appearing for routine remand so when she appeared at the court, the matter was moved on to the 13th of September. We however enquire as to the progress with the investigations but unfortunately we were told that investigations are yet to be complete.

“We therefore put the state on notice that on the next remand date in the event that trial has not started we are going to apply for refusal of further remand, ” he said.

Sometime in May, the vibrant residence leader expressed dissatisfaction over demolitions of “illegal” structures which was followed by a statement from Chitungwiza Municipality Town Clerk, Evangelista Machona threatening informal traders with loss of life should they resist demolitions.

This was before CHITREST through its lawyers filed an urgent chamber application seeking to bar the government and local authorities in Harare Metropolitan Province from demolishing “illegal” informal business structures.

Civil Society Organizations (CSOs) have since condemned the arrest of Kuvheya calling on the government to facilitate timely delivery of justice for her.

A statement released by Zimbabwe Coalition on Debt and Development (ZIMCODD) on Kuvheya’s arrest highlighted that the arrest of women leaders further alienates women from actively involving themselves from economic development.


“The act of arresting Kuvheya not only silences, intimidates and marginalize women from participating in economic development but also contravenes Section 14(1-2) of the constitution which provides that: the state and all institutions and agencies of government at every level must endeavor to facilitate and take measures to empower through appropriate, transparent, for and just affirmative action, all marginalized persons, groups and communities in Zimbabwe”.

Benjani to take over from Loga?