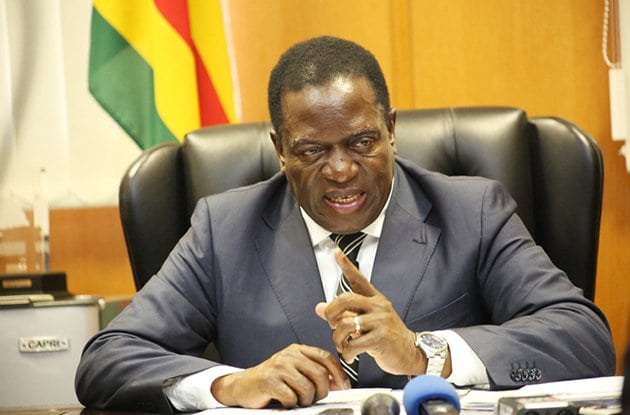 Faced with growing dissent, and a tumultuous economic situation, President Mnangagwa has made cabinet restructuring.

In statement released yesterday (Friday) night, Chief Secretary to the President and Cabinet Dr Misheck Sibanda said President Mnangagwa made the ministerial appointments and re-assignments in terms of Subsection 1 of Section 104 of the Constitution of Zimbabwe Amendment (No. 20) Act 2013.

Notable changes saw Ambassador Cain Mathema being moved from the Ministry of Home Affairs and assigned to the Ministry of Primary and Secondary education and Kazembe Kazembe has been put on his place.

Jenfan Muswere is now the Information Communication Technology Minister, with Minister Sekai Nzenza being moved to the Ministry of Industry and Commerce replacing Mangaliso Ndlovu who is now Minister of Tourism and Hospitality.

Daniel Garwe has been appointed minister of that new portfolio with July Moyo maintaining the Local Government and Public Works ministry.

Other new deputy ministers are as follows :

An analyst who spoke to this reporter on condition of uninomity said, “people had anticipated that Energy Mutodi might be removed but he survived the chop” .

The appointments and re-assignments are with immediate.

The scintillating “catch and release drama ” Mr government which season are we now.