“All We Want is Equality”: Fighting for LGBTQI rights in Zimbabwe 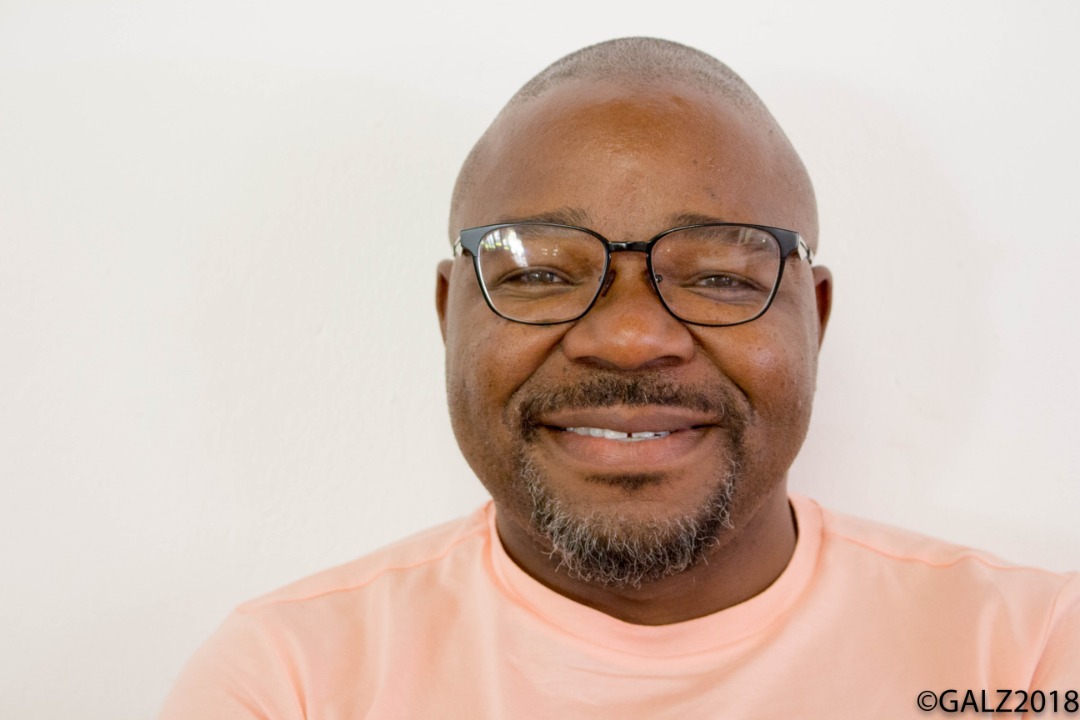 Championing the rights of Zimbabwe’s LGBTQI community hasn’t been a walk in the park for activists. For human rights defender Samuel Matsikure, diligence and tenacity always carry the day.

Advocating for LGBTQI rights was a bold move for Matsikure to make in a society as conservative as Zimbabwe.

In an interview with Bustop TV, Matsikure said he was aware that on his journey he would encounter losses, but it has been worthwhile.

“Coming from a very conservative society, to be where I am right now meant that I had to take bold decisions. One of the most important decisions l took was to reveal who I am and by that, l knew l was going to lose some and add some in this journey,” he said.

From a high school teacher to a renowned Zimbabwean human rights activist, Samuel Matsikure is the program manager at Gays and Lesbians of Zimbabwe (GALZ), a leading local LGBTQI organisation. He has been advocating for equal rights for LGBTQI people for over two decades now.

“My journey has been quite interesting. Growing up, I did not know that l had a different sexual orientation, but I knew l was different from other boys, even those that l went to school with know that.  Around 1989 -1990 coming out brought a lot of confusion and a lot of people used to quiz me about it.  Are you not homosexual?”

For Matsikure, fighting for the decriminalization of same-sex relationships in Zimbabwe is a ‘calling’.

Samuel views the transition from the 90s when the queer community could not speak out to this era as awakening and commendable though not rosy. There is still more education and lobbying that needs to be done.

His most vivid memory of discrimination was when he attended an HIV awareness workshop in 2003 and attendees avoided interacting with him. As painful as the experience was, he remained firm in his commitment to equality and proud to be a gay man.

“In my journey as a human rights advocate, I always give examples of how during the early 2000s as an officer for GALZ I would go to HIV workshops of 40 people, no one would want to sit close to me, nor interact with me, but because I told myself, this is me, l remained resolute.”

Matsikure said that the journey for the recognition of minorities means that one must be resilient, as the laws coupled with society don’t provide a safe space for gays and lesbians.

“Here in Zimbabwe, homosexuality is criminalised under the sexual deviancy’ law; same-sex marriage is specifically prohibited under the constitution section 73 and section 78; and transgender identities are not legally recognised. It has been a difficult journey to advocate for LGBTQI rights, as authorities would always be on your case every time.”

However, since the departure of former President Robert Mugabe and the toning down of homophobic hate speech against LGBTQI people, the situation is slowly changing for the good.

“Taking into consideration President Mnangagwa’s utterances in Davos in 2018, we have been pushing politicians and businesses to act against discrimination against LGBTQI persons,” he added.

At the 2018 World Economic Forum in Davos, Switzerland, President Emmerson Mnangagwa was asked whether he would protect LGBTIQ rights in the country. He responded that while the constitution in section 78 prohibits same sex marriage he did not mind those who want equal rights to ‘canvass’ for them.

Last summer, the Gays and Lesbians of Zimbabwe (GALZ) human rights group met ruling ZANU-PF officials, the first of such encounters between national politicians and the LGBTQI community. To LGBTQI activists like Samuel Matsikure the move reflected a more open-minded attitude compared to that of the previous president, Robert Mugabe.

“To show that we are making inroads, I think you’re aware that Gays and Lesbians of Zimbabwe (GALZ) at some time met ZANU-PF officials, something that was unheard-of during the time of Robert Mugabe”.

“In my years as an advocate for gay and lesbian rights, l discovered that spurning of hate speech at public forums by political leaders, for example at rallies, invokes violence against gays and lesbians. For example, during the time of Robert Mugabe, you could hear people saying, ‘ooh we don’t want gay people, because they are worse than pigs and dogs. Did not you hear President Mugabe say so?”

Since Mugabe’s fall from grace, rights activists have been cautiously optimistic about the prospects of change from the government.

“I must indeed confess that the context is changing with the government’s push to attract foreign investment and big Western businesses”.

Buttressing Matsikure’s resolve and spirit for a just society, human rights lawyer Kuzivakwashe Ngodza said that the justice system in Zimbabwe needs to be fair on LGBTQI rights activists and the people who believe and exercise minority rights like Samuel Matsikure.

She said, “Zimbabwe is anti-LGBTQI. The Constitution does not recognise same-sex marriage, and it only recognises heterosexual marriages. To that effect, it is clear that same-sex marriages are not recognised in Zimbabwe. It however does ban homosexual relationships. The Constitution however does not provide sexuality as a ground for equality. Thus, to this extent, the LGBTQI community remains marginalised”.

Like Matsikure, Kuzivakwashe Ngodza believes the transition in government has softened the stance on gays and lesbians.

“While there haven’t been any changes in terms of the law regarding LGBTQI rights since the 2017 transition from Robert Mugabe to the current dispensation, there has been a remarkable decline of criminal prosecutions and harassment of the LGBTIQ community and CSOs dealing with LGBTIQ issues.

Matsikure believes that one day society will look at the queer community as equals, with no prejudice and no discrimination.

“We might not be there yet, but I smell it. I might not be there to enjoy those rights, but freedom is coming for minorities. With the right support system and solidarity from human rights lawyers such as Kuzivakwashe, it’s possible.”

ONE ON ONE WITH FASHION DESIGNER, BAKARI

With GALZ I Knew I Was Not Alone