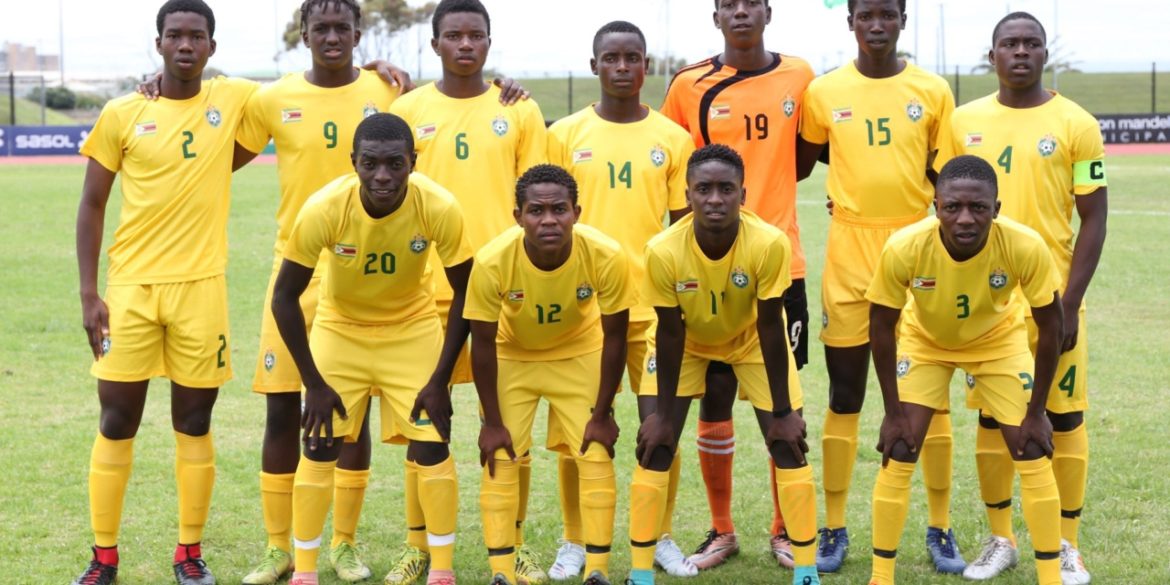 A new wave accompanied by a heavy storm has once again hit the Zimbabwean soccer scene. Of cause, people in the country have always raised suspicions about age cheating and the truth is some athletes previously did cheat.

But in this latest instance, was there really any age cheating involved? As to be expected, the Zimbabwe Football Association (ZIFA) have come out to defend the under fire team saying that they conducted the same tests and had dropped six players already and that all those they carried were eligible to play at the tournament.

In a statement, ZIFA vehemently denied any wrongdoing although could have put themselves under the spotlight for admitting publicly that six boys might have cheated their age in the run up to the document which could be a point against them.

Part of the ZIFA rebuttal statement reads, “The Zimbabwe Football Association (ZIFA) received with great disappointment, the correspondence from COSAFA to the effect that our Under 17 team has been disqualified from 2020 edition after one of the players failed a Magnetic Resonance Imaging (MRI) test.

This is indeed surprising and questionable since we carried out similar tests on the boys and disqualified six (6) for failing to satisfy the bone fusion criteria, taking only those determined to be of the correct age. ZIFA does not condone age cheating and will conduct further investigations on how the six (6) who were dropped failed the tests.

“All the boys that travelled for the tournament were tested at a reputable MRI center in Harare prior to their departure and the center used a fairly powerful 1.5 T machine. The MRI results were also reviewed by a Specialist Radiologist, Dr Z Sirdar. Our Chief Medical Officer Dr Edward Chagonda is also a CAF certified medical officer.

“Our team doctor Dr Rabson Zhou who travelled with the team has all the test results with him as proof. The Zimbabwe Football Association is challenging the decision to disqualify our team and has requested COSAFA to avail the name of the player who is alleged to be over the required age.”

People in some quarters has gone as low as suggesting that the ZIFA wrangle between current President Failton Kamambo and his predecessor Phillip Chiyangwa could be at play with Eswatini, Botswana and Comoros being collateral damage.

It will be very difficult to move with these claims for the obvious reasons that it is just gossip and mere, if not just shallow hearsay. What is medically and scientifically true, however, is that the magnetic resonance imaging (MRI) is not as accurate as would have been hoped for in determining people’s ages.

Online journal, Scientific American reported that the FIFA method of age testing doesn’t bring true results. Scientific American says, “FIFA says that if the MRI shows complete fusion of a player’s wrist, it is 99 percent certain that the player is over 17 (spoiler alert: that’s not really true). Wrist bone development certainly does change during adolescence.

Before puberty the human body cranks out cells that help produce new cartilage along the ends of bones. These areas of the bone, known as growth plates, are eventually converted into bone material, which helps the bones lengthen.

Yet as teenagers, both males and females start producing more estrogen, which slows that cellular production process and their growth plate cartilage subsequently gets thinner and thinner until some of the bones in that area fuse together, and the growth plates close and are replaced by solid bone. The exact timing of this fusion, however, varies a lot between individuals.

For example, FIFA’s own researchers said in an analysis published earlier this year that using this same age cutoff for female athletes is extremely problematic because many girls already had complete fusion before age 17.

ZIFA go on to say that this test is not only inappropriate but could also be harmful. If the MRI scan is not accurate it should be further developed. It will be difficult to conclude that Zimbabwe is either right or wrong on the simple basis that science spoke. In the history of sport, very few accused persons, even the guilty ones, have agreed to erring which makes this Zimbabwe case complicated. Even if they are to be innocent, this occurrence has soiled ZIFA.

City of Harare has won cases against 20 housing cooperatives and individuals.
Next week, demolitions will be starting